Model updates: Wearing sharp new CRF450R-derived bodywork, the dual-purpose ready-for-anything CRF250L has more power and torque from a revised intake and exhaust system, plus ABS braking and a new digital dash with tachometer and fuel gauge. 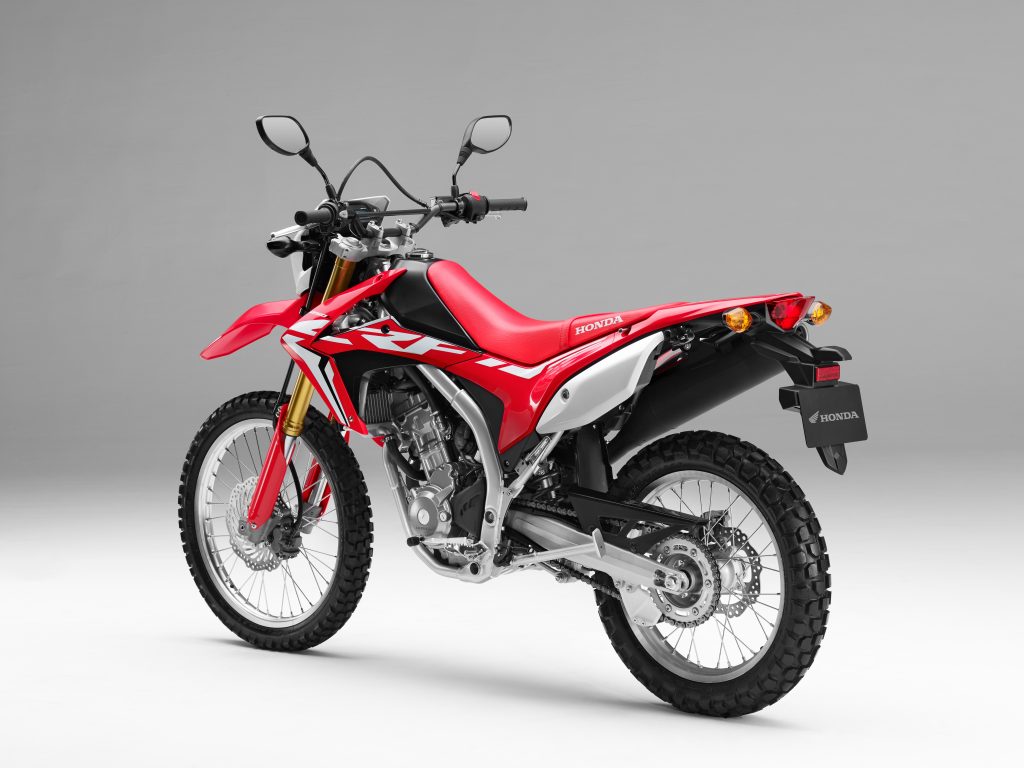 A 250cc dual-purpose motorcycle covers many bases: it slips easily through congested city streets thanks to lightweight and slim proportions matched with superb maneuverability, while its suspension, ground reach and seat height deliver a fun and comfortable ride on rough tarmac and trails. It opens up a whole new range of two-wheeled opportunities, whatever the rider’s experience level.

The Honda CRF250L, launched worldwide in Europe in 2012, is just such a machine. It’s found popularity with older riders – who often keep it as a second bike – while also connecting a younger demographic to Honda, many of whom use it as a cool, stylish alternative to a scooter. And for every owner, it offers the chance to head off the tarmac and on to the dirt. It was joined in 2014 by the supermoto-style CRF250M. For 2017 the CRF250L has been revised, while a new model, the CRF250 RALLY, adds an adventure-sport dynamic to the range.

With styling cues taken directly from Honda’s CRF250R and CRF450R MX machines, the new CRF250L is ready for anything a rider can throw at it: it’s tough, practical and equally at home around a city block or out on the trail.

“We really wanted to build on the success of the CRF250L with performance upgrades that open up even more new opportunities for riders young and old, no matter what kind of journey they want to tackle. So with the new machine we have improved the power, appearance and usefulness. We’ve also made sure it remains accessible to a wide variety of riders, as we know that for many the CRF250L will be the start of their motorcycling adventure.” 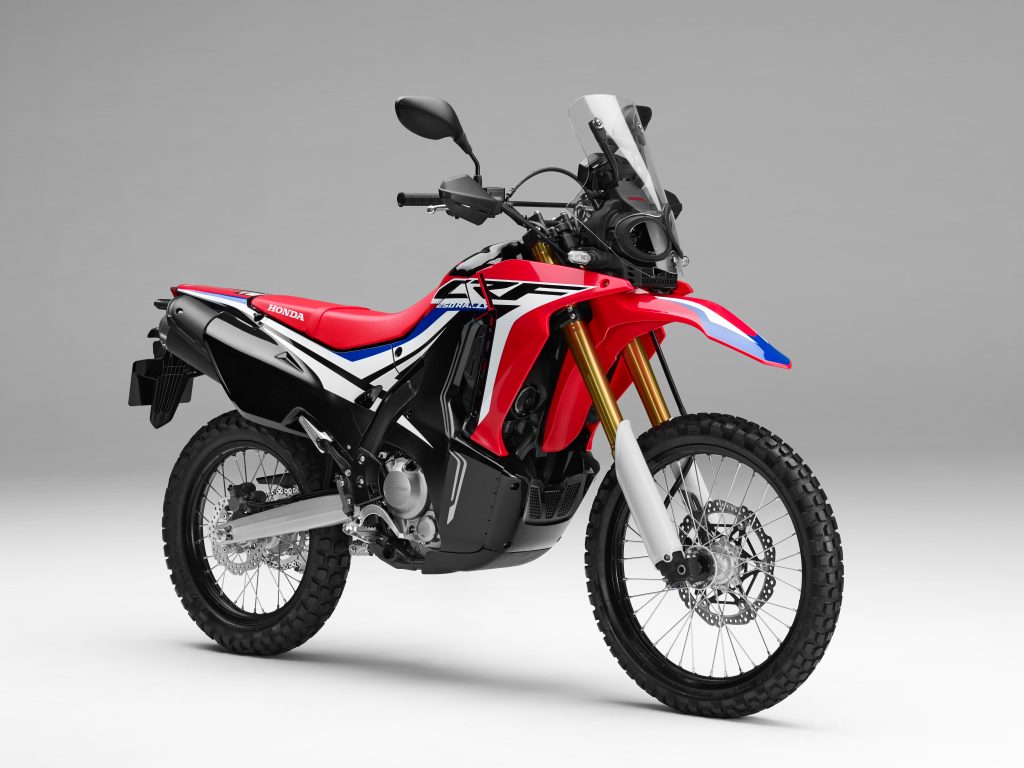 A 250cc dual purpose motorcycle covers many bases: it slips easily through congested city traffic thanks to lightweight and slim proportions matched with superb maneuverability, while its suspension, ground reach and seat height deliver a fun and comfortable ride on rough tarmac and trails. It opens up a whole new range of two-wheeled opportunities, whatever the rider’s experience level.

With styling DNA drawn directly from the HRC CRF450 RALLY Dakar racer, the CRF250 RALLY brings something new to the market. It not only looks ready to compete in a desert stage, but also delivers a real taste of adventure to riders who prefer a light, easy-to-manage machine. Around the world or around the block, the CRF250 RALLY is good to go.

“The rally racer replica segment is an exciting one for us, with the global, human appeal of everything that Team HRC is fighting to achieve in the Dakar Rally. We really wanted to build on the capabilities of the CRF250L and open up new opportunities for riders young and old. So, with the CRF250 RALLY we set out to make a motorcycle that looks like HRC’s CRF450 RALLY factory machine, is fun to ride both on and off-road for weekend adventures, comfortable to tour with and useful and practical for daily life. It brings the spirit of Rally-raid racing to every ride.”