We woke up bright and early, and we were all excited for today’s ride. It was the day of the twists and turns of the Pyrenees, the part of the trip where we get to really put our triumphs to the test and see what they can do round the bends and generally do what we love to do. 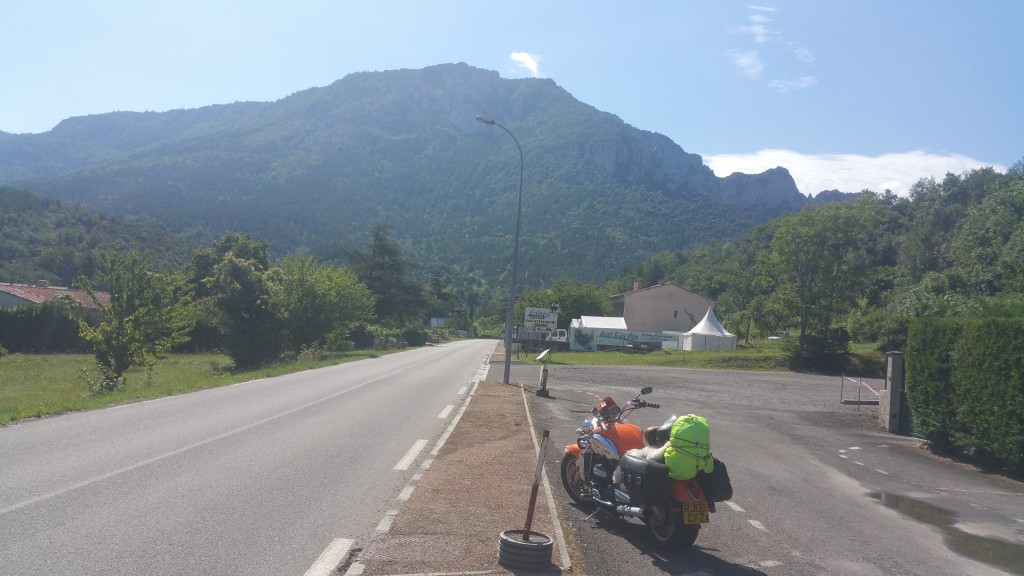 I have been given the name of “Tech Team” because I am a bit of a geek, and I like the technical side of riding knowing that I am riding as fast and as safely as possible through the turns but also understanding how a bike works enables you to ride harder. I love it when the bike squats into a corner, the horizon is tilted and that sweet sound of a triple as it let’s rip between your knees. You are so damn close to the edge of life and death and its a feeling that only a biker will understand as it goes far beyond an adrenalin rush. 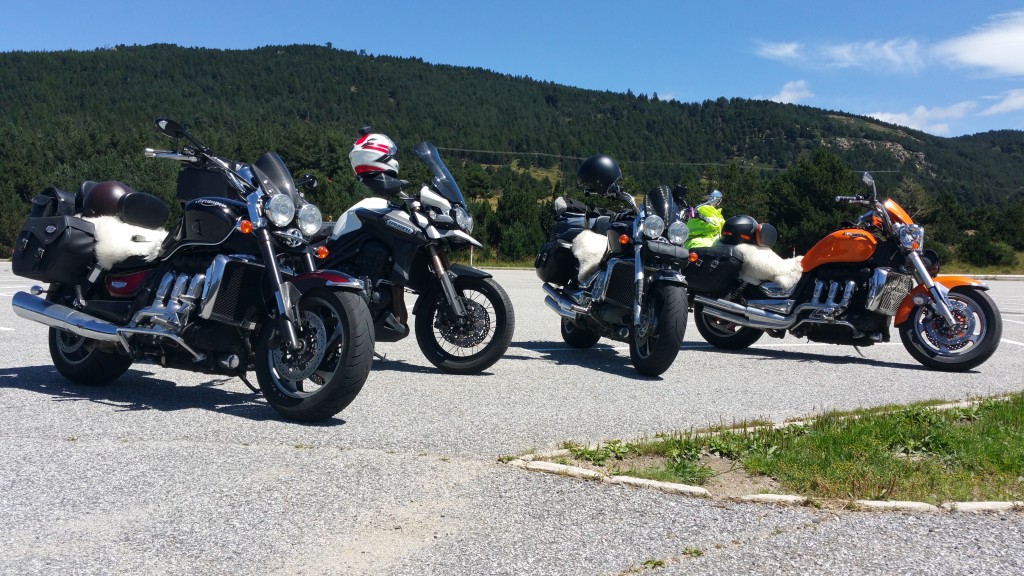 We decided to set our sat navs to be avoiding motorways and tolls, and it was a cracking choice. Twiz had planned all the routes, but the route, I was most looking forward to has to be the N270. I heard about this route on a documentary a long time ago, and from the first time I saw this road, I knew that this was going to be something else. 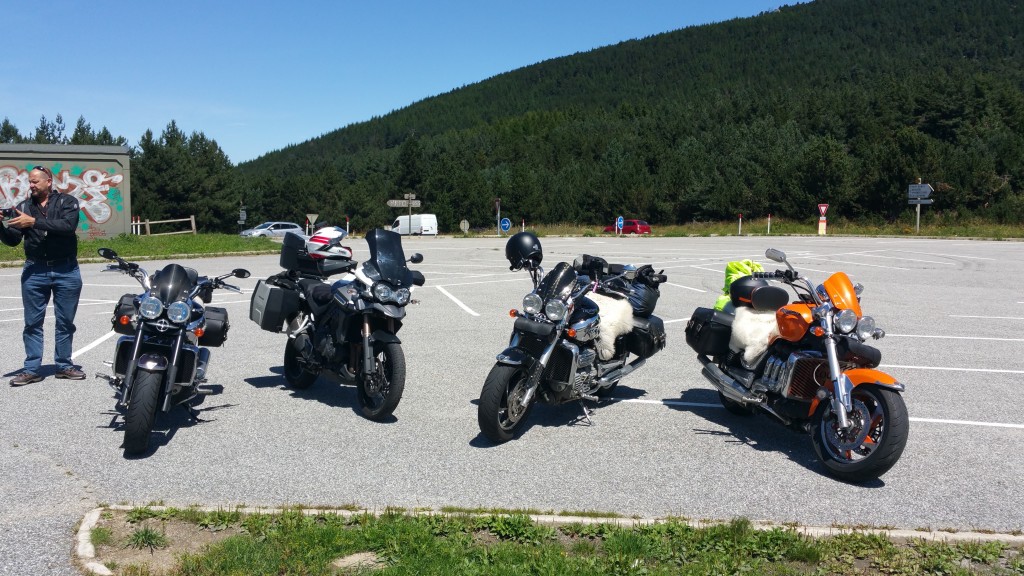 When I was taught to ride a motorbike by a local bike school, I wanted more than to just pass a test I wanted tuition on how to ride. Money was no object, and so I had a lot more lessons, and I was taught about road craft and advance riding strategies which I have worked on since passing my test. I recently went to Monaco with another good friend of mine, and he rides a Hyabusa, and he was able to really refine my riding style This has helped me achieve a riding style that is quick and relatively agile when it comes to cornering.

Twiz’s Rocket has had about £1k’s worth of suspension mods done so the beast handles like a superbike coupled with the big friendly giant who sits upon it thinks its a sports bike creates a great balance and throughout the day, I would see Twiz dragging his heels through the bends as he tips it into a corner. Both Pete and Ian are still getting to grips with their bikes and know where the boundaries are so this trip for them should really help them get a feel for what their Triumph Rocket IIIs can really do. 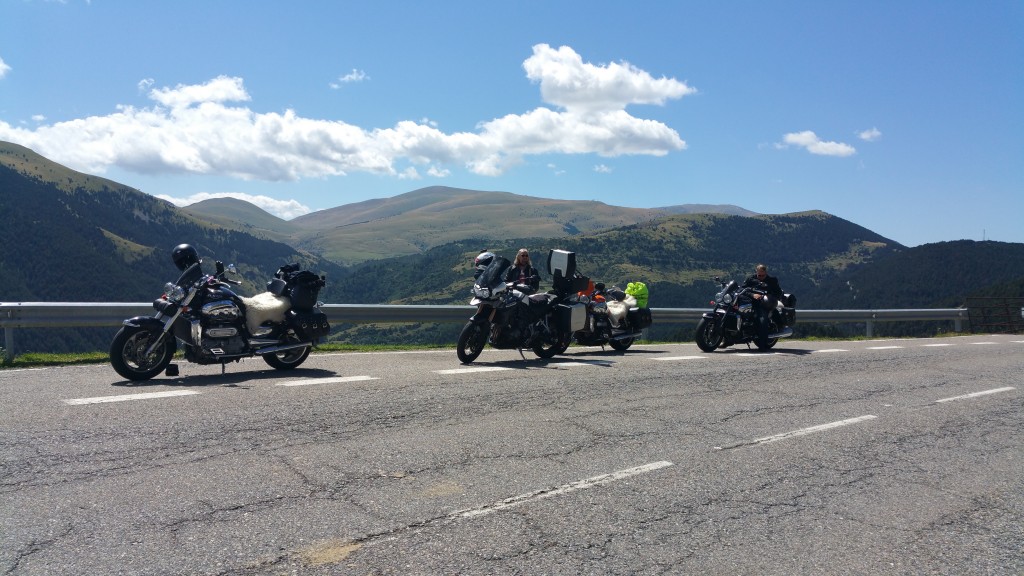 I have tonnes of videos of the bends on the N270, and it was awesome, the combination of fast winding bends and silk like tarmac it was perfect. I should also mention Spanish road workers were also cutting the grass and so there were a lot of slippery grass cuttings about, which made a few exits a bit lively.

We all had some pretty terrifying moments with tar snakes… yes tar snakes, those wiggly strips of tar that they use to patch cracks in the road. In the sun, they are as slippy as a wet condom and on the exit of a number of corners, the slippery tar can catch you out and when it does you will need to find a replacement pair of boxers because you will soil them. 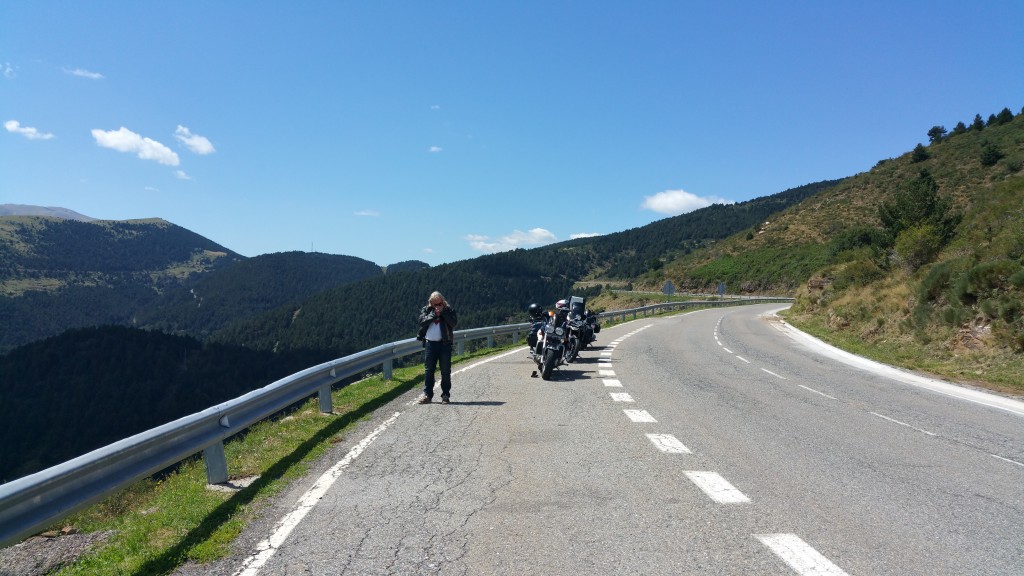 Once we had done the Pyrenees and the N270, and we did some motorway and at 130kmh and coupled with some lovely bends it was just as much fun. However, when I say bends, we are talking a little more than the average bends you see in the M1 or even the M25, I am talking about real bends that you can really put your heart and soul into, nice and tight but good enough to be still doing a good speed. 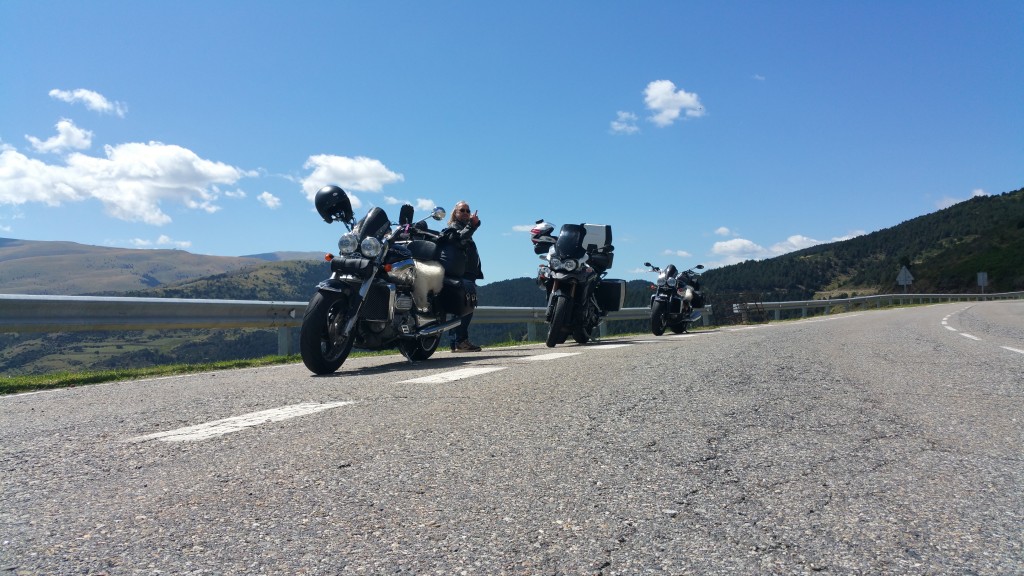 We were about 1km away from our hotel, and Twiz said we are going to do a coast road that was bendy, and I was well up for that. Let’s be honest I am up for doing anything if it involves being on my Tiger as I am totally 100% besotted in this bike, so the thought of even more bends and twists were appealing a lot to me.

For about 20km’s, it was relentless, there was not a straight bit of tarmac. You were either leaning hard over to the left looking over the edge of a cliff or getting your head as near to the barrier on the right as you power through the corners. You get into a rhythm or trance, and even though you want to go faster you enjoy wallowing about leaning from one side to the other, using every ounce of concentration to get that perfect line in and out of the corner.

We got to our very hotel very late but that was fine, and we ditched our bags and hit the town for beer and food. The beer flowed and the four steaks we ordered must have been a dog as our resident chef was desperately unsure what cut of beef it was, and well we ate it but it was grim. After six pints, we didn’t really care as we staggered back to the hotel and collapsed into a heap. in preperation for the next day.