Borgo Panigale (Bologna), 04 August, 2014 – It was 1962 when Ducati produced the first Scrambler, specially designed to respond to the needs of the American market. An unquestionably original bike, it was publicized using colour images that were distinctly unconventional for the time. The Scrambler arrived in Italy a few years later, in 1968, and was an immediate success. 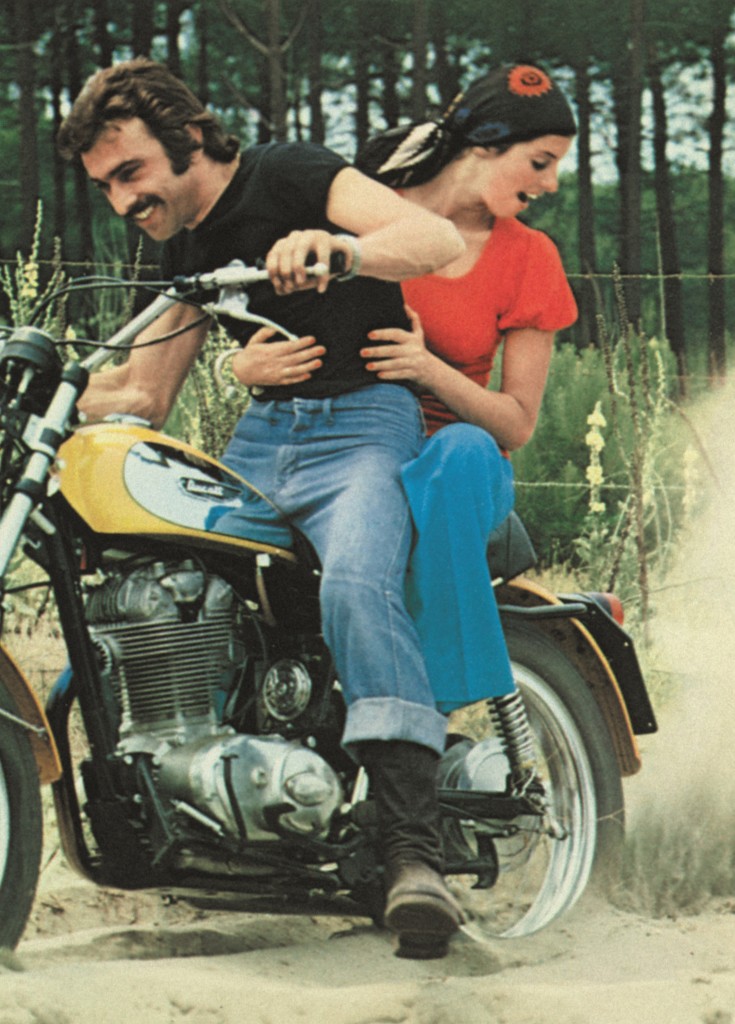 It was then that Ducati came up with the idea of using some of its own employees in the advertising campaign. The outcome was an iconic shot showing the now-famous “Franco and Elvira” astride this classic Ducati bike. At the time he was working at Ducati as a test rider and she – easily as beautiful as any professional model – was working in administration.

These two icons, then, just had to be the leading characters in a 3-episode web series made using stop-motion animation. The videos – the plasticine protagonists of which were hand-made by three talented nineteen-years-olds from Bologna – tell an imaginative story of how the Scrambler Ducati ended up in the present day.

Franco, a man from 2078, is catapulted by a time machine back to the Woodstock festival of August 1969 where he meets and falls in love with both Scrambler Ducati and Elvira. They joyously elope on the bike, yet before the two can even kiss the time machine hurls them forwards to the present day, to 2014. Franco and Elvira find themselves directly in front of the fabulous “yellow container” – first visited by Ducati employees and then the enthusiasts who flocked to WDW 2014 – from which they exit astride the new Scrambler Ducati.

The third and last video of the series, just released on http://vimeo.com/102457898 and the Scrambler Ducati Facebook page, brings the web series to a close and innovatively reveals the lines of this latest Bologna-built bike.

Franco and Elvira Story (Episode 3) from Scrambler Ducati on Vimeo.

The three “Franco & Elvira Story” videos include all the key aspects of the inspired marketing campaign Ducati has put together to promote the new Scrambler. Firstly, there is the involvement of employees (just as the original Franco and Elvira were), the first to see the prototype of the new bike. Then there is the subsequent development of the idea, as seen in the “Land of Joy” area at WDW2014, which hosted the “yellow container” to give Ducatisti an exclusive sneak preview of the Scrambler Ducati. Lastly, there is Franco’s moustache – a “must-have” at the WDW Scrambler Beach Party on 18 July – which is set to become the light-hearted symbol of the new bike. Franco and Elvira thus bring the Scrambler into the present day and remain, almost fifty years on, the bike’s leading promoters. 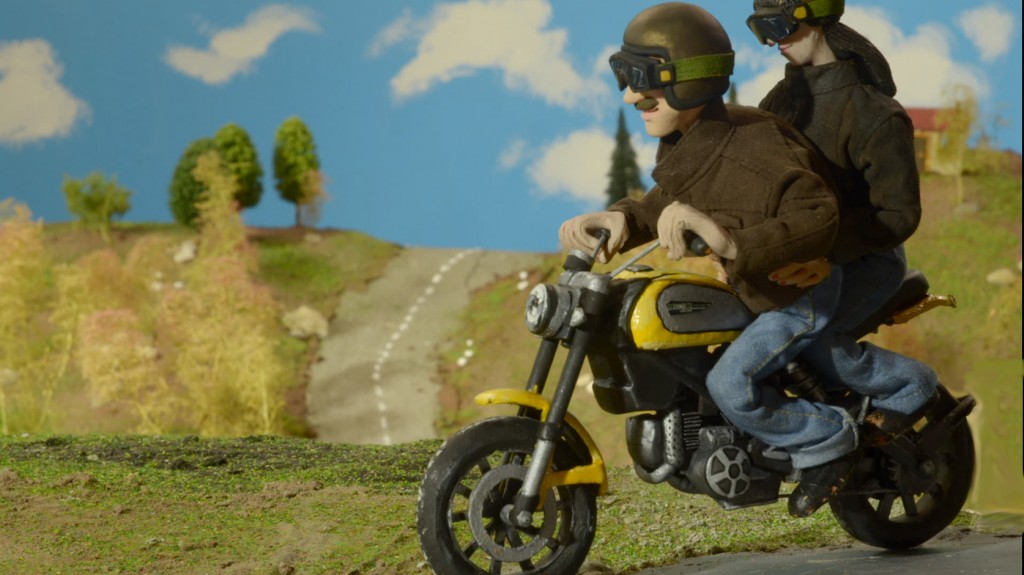 Yet the new Scrambler is no replica of its predecessor but, rather, a contemporary reinterpretation of it. This is no vintage motorcycle: it is, instead, truly modern, intended to be just how the legendary bike would be today if Ducati had never stopped building it.

For the time being, then, enthusiasts can enjoy the animated imagery and excellent artistry of this last video, but they won’t have to wait much longer to get a look at the real thing! The Scrambler Ducati, in fact, will be officially presented on 30September during Intermot 2014 (the international motorcycle fair held in Cologne, Germany), ready for its subsequent arrival at Ducati Stores all over the world early in 2015.