Ducati enjoyed a stellar start to the 2014 season of UK racing in the British Superbike Championship at Brands Hatch this weekend (18-21 April), with the marque represented in the main BSB class, the National Superstock 1000 Championship and the new-for-2014 Ducati TriOptions Cup. 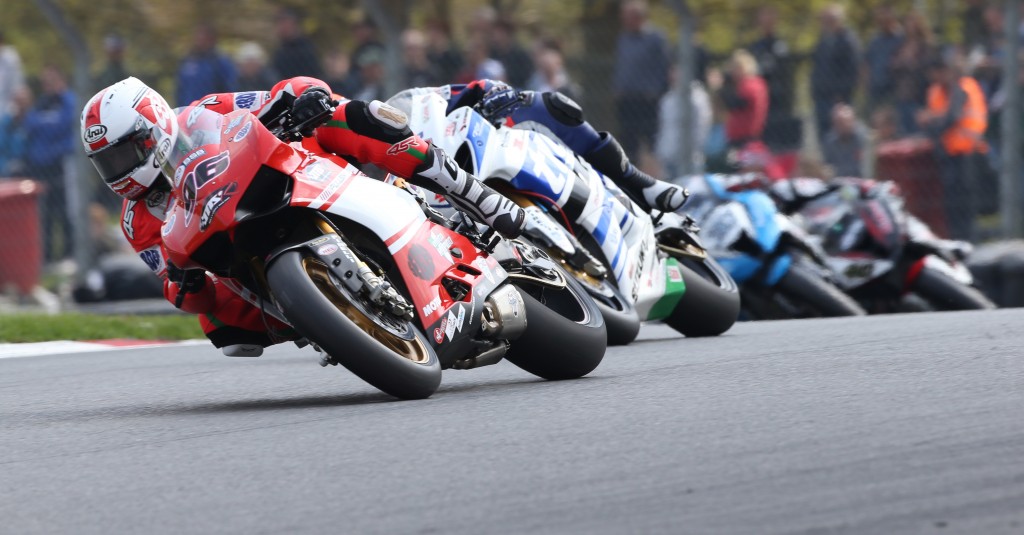 A truly international outfit comes to the top level of British motorcycle racing this year, as the Irish squad Millsport joins forces with Czech rider Jakub Smrz to pilot the Italian thoroughbred 1199 Panigale superbike. With significant changes made to the machine over the winter months, testing proved a promising start with Smrz well up in the time sheets in every session.

Testing times of course count for nothing, and the team came to Brands Hatch for the Easter weekend of racing with expectations in-check for this hugely competitive national racing series. Throughout free practice, and at a circuit that historically hasn’t favoured the Ducati Panigale, Smrz was mighty and posted the sixth, third and fourth fastest times in the three respective sessions. The weather was to throw all predictions out of the window, however, as torrential rain on Sunday for qualifying seriously hampered Smrz’s progress. A relatively minor fall early in the session put him out of contention and down in 25th for the opening contest. 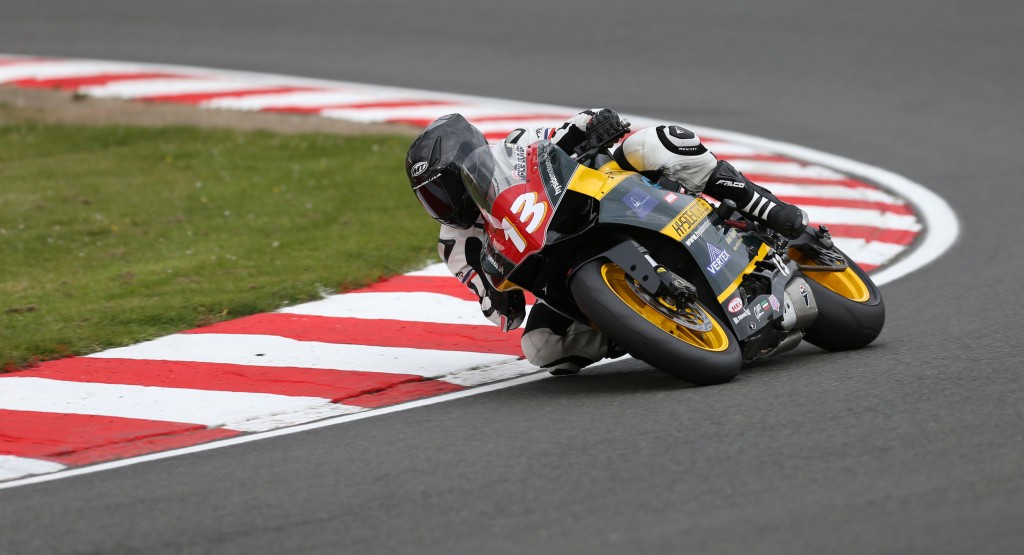 Sunshine returned for Easter Monday’s racing, however, and Smrz was determined to show his true pace. A superb start to race one saw him leap a number of positions off the line, battling his way through to 13th before oil on the circuit brought out the red flags. This left the former World Superbike rider in a strong position for the 12-lap dash to the flag, and true to form he made up even more places to cross the line an impressive ninth. His lap time also secured a spot on the third row of the grid for race two.

Holding that position in the opening laps the 31-year-old looked set for a top six finish, but on lap nine he pushed just too hard into Druids and crashed out of the race. Despite this, the team leaves brands hatch buoyant at the pace shown in the revitalised 1199 Panigale and heads to Oulton Park confident of more strong results. 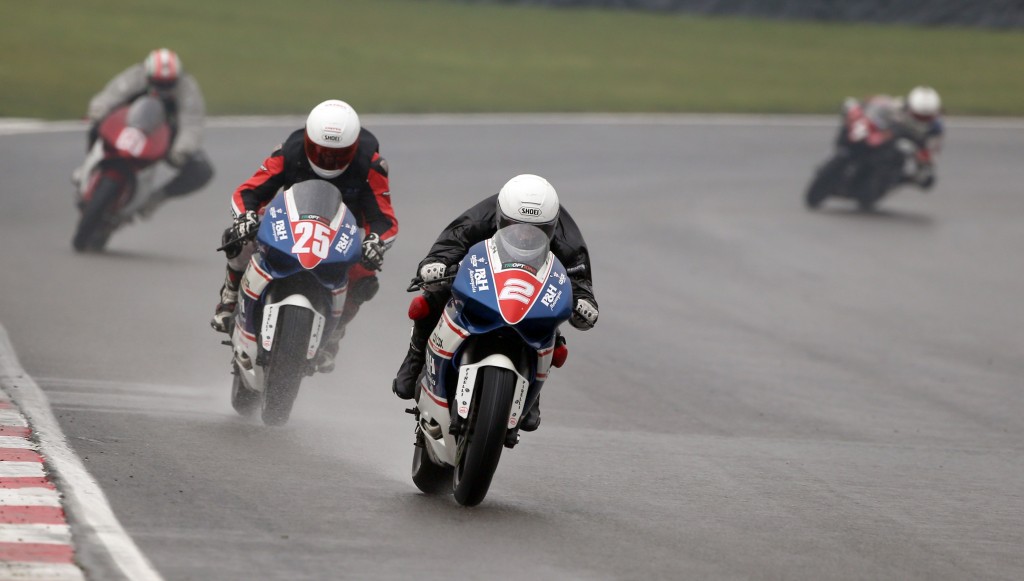 Smrz said:“Qualifying was a big shame because we’d been running in the top six all weekend. To finish ninth in race one from 26th on the grid is like a dream for me though. We had the chance for another good result in race two, but unfortunately I pushed too hard and lost the bike. The team has done a really great job, and even though we are already one of the fastest there is still a lot to do on the bike to get my feeling better. Strong tracks are still to come for me – Snetteton, Donington, Assen and Silverstone especially, but if we are fast here we will be fast everywhere.” 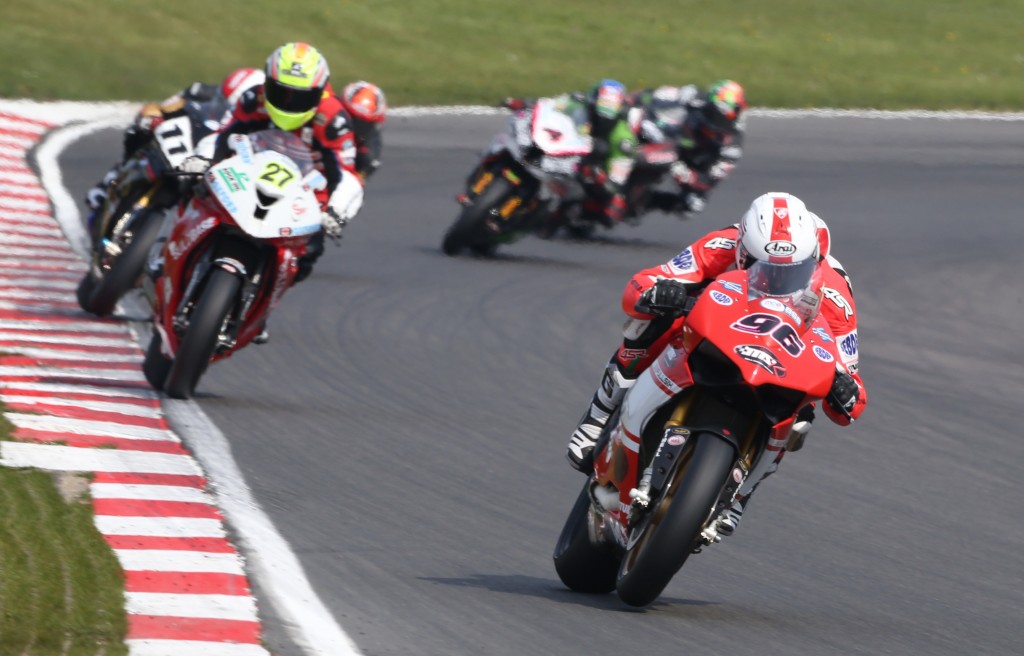 Ducati’s sole rider in the National Superstock 1000 class is Luke Quigley, who pilots a JHP/Ducati Coventry 1199 Panigale against a huge field of strong competitors. The former BSB rider struggled at the start of the weekend with set-up on the bike, just managing to secure the final grid slot for the main race by finishing fourth in the ‘last chance’ qualifying race. When the lights went out for Monday’s showdown, everything seemed to come together for Quigley, who stole a march on his rivals to tear through the field lap after scintillating lap. By the time the chequered flag fell, the midlands-based rider had gone from 33rd to 14th and opened his 2014 account with a points-scoring finish.

Quigley said:“If someone had said 14th at the start of this weekend I’d have been very happy! It started off as a challenging opening round with a new bike, and we were changing things quite radically each session to try and get on the pace. Thankfully the bike was the best it’s been all weekend in the race, and I was able to get from 33rd all the way through to 14th. There’s definitely more potential to come from the bike and from me as well, so hopefully Oulton will be even better.” 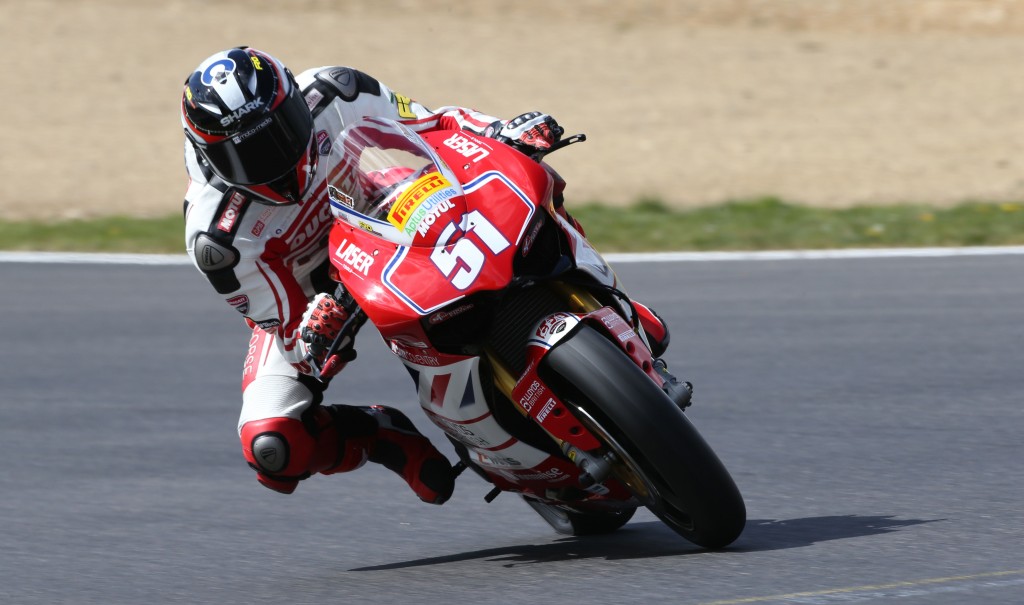 The huge bank holiday crowds were also treated to two races from the new Ducati TriOptions Cup. The field is made up almost entirely of new 899 Panigale machines, with a handful of riders still running the older 848 model. The impressive 28-bike grid had to brave the terrible conditions on Sunday for the opening contest, and it was the P&H/Carl Cox Racing rider Leon Morris who took the spoils ahead of Dennis Hobbs and Dave Heal (Hercberg International Racing).

The riders then took to the circuit to kick off the racing action on Monday morning, and it was Rob Guiver (Hyside Motorcycles) who put in a commanding performance in dry conditions to control the pace and take the win. Morris was slightly frustrated to finish second, but the former 848 Challenge champion leads the championship standings by nine points ahead of Dennis Hobbs who also had a consistently strong weekend.

Guiver said:“Race one was a bit disappointing because I felt I could have been top five, but I’ve made up for it today. The bike was really comfortable to ride – today was like a dream come true. I had a really good start and was just surprised how much pace I had, I could keep the gap consistent and to win it was just amazing. I didn’t have any expectations for this year, but after today I think I’ll be giving it a go for the championship!