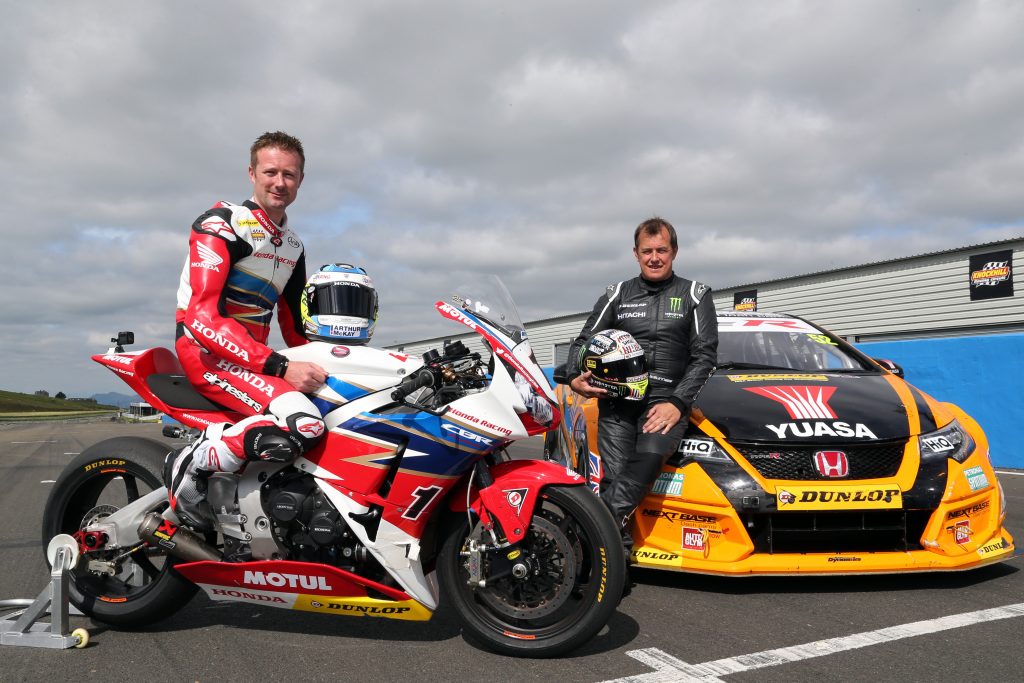 The two vehicles are very different – the number of wheels aside – but the similarities are the manufacturer brand and tyre manufacturer – Honda and Dunlop. The sportsmen are different too, but both are at the peak of their sport; capable of using the tyres to their maximum to achieve the best lap times. Whether that’s in a 27 lap race, over 21 miles against 31 other cars on a smooth race track, or a single 37.73-mile lap of the daunting Isle of Man TT Mountain course, held on closed public roads.

Swapping machines is no mean feat – to get competitive lap times, they both needed to learn the car and bike respectively in just a handful of laps. During that time, they also had to adjust to the very different tyres that were the only thing between their vehicle and the tarmac.

While Dunlop or Honda will not be releasing official lap times from the event on Monday, both boys were said to be incredibly close to each other’s lap times.

John McGuinness: “It was brilliant; I didn’t want to get out of the car to be honest. The first session all happened really fast but then I settled down into a groove. The whole mindset changes when you swap from what you know to something new, and I was a bit nervous, but we’re all racers and just want to go fast.

“It’s hard to see the apex, you’re strapped in tight, and it’s quite warm in there. You’re breathing in engine fumes and there are lots of rattles and bangs, it’s such a different world but I was shocked by how nice and precise it was. Dunlop put on some soft, sticky, amazing grippy tyres on the Honda Civic Type R and they gave me so much confidence to go fast.

“My Honda Fireblade had the same tyres we used at the TT where we did a 132.6mph average lap and we brought it here and did some riding on those same tyres which is testament to Dunlop and how good their product is. You know we put our lives in the hands of a few things, but tyres are such an important part of the package.” 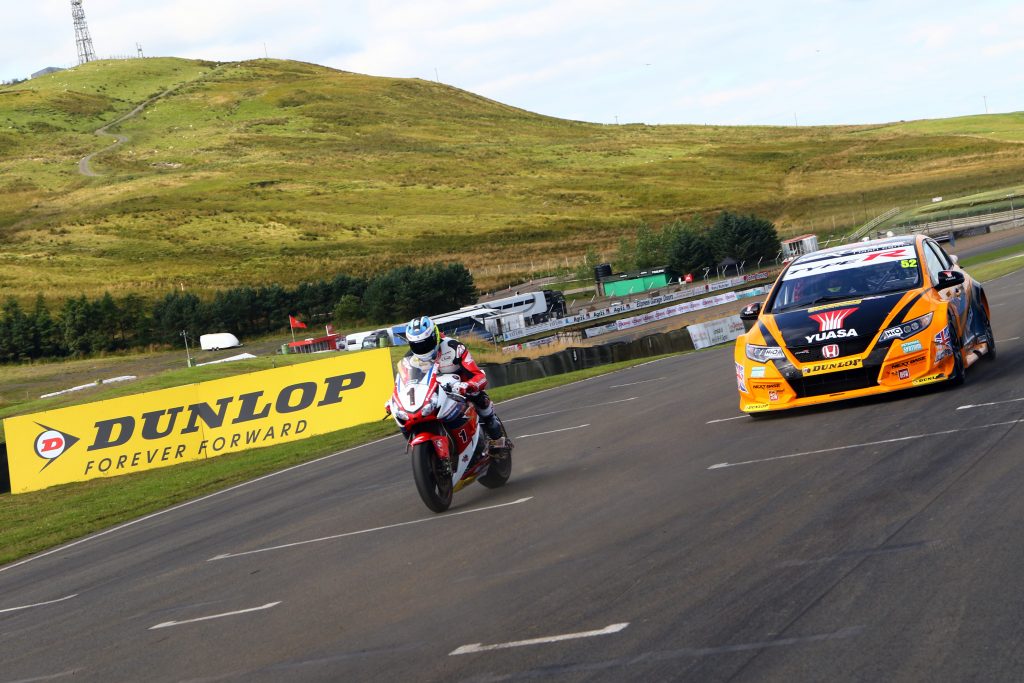 Gordon Shedden: “It was absolutely out of this world, you maybe build a picture of what you think it’s like in your head, but nothing compares to it when you’re out there. It’s phenomenally fast but once you get used to it you learn to relax and get more confident. It was an absolute privilege to have a go.

“It was the first time I’ve ever ridden on a slick tyre and I cannot believe the grip that the contact patch the size of a credit card can actually give you, it’s just absolutely mind blowing. The speed obviously is as you’d expect, the world passes by at a million miles an hour. I can only imagine what it’s like going round the TT course, and John is welcome to stay on that!

“Each stint I started to relax more and get more confidence in the grip that was available. The brakes on the race car are fantastic with four big slick tyres to hold the thing on, so you wouldn’t believe the bike would have the stopping capability that it does.”