Fans of Kawasaki’s Team Green can meet their World Superbike racing idols at this year’s Motorcycle Live show (28 November – 6 December) as both 2016 World Superbike Champion, Jonathan Rea and 2013 Champion, Tom Sykes will be attending the show. 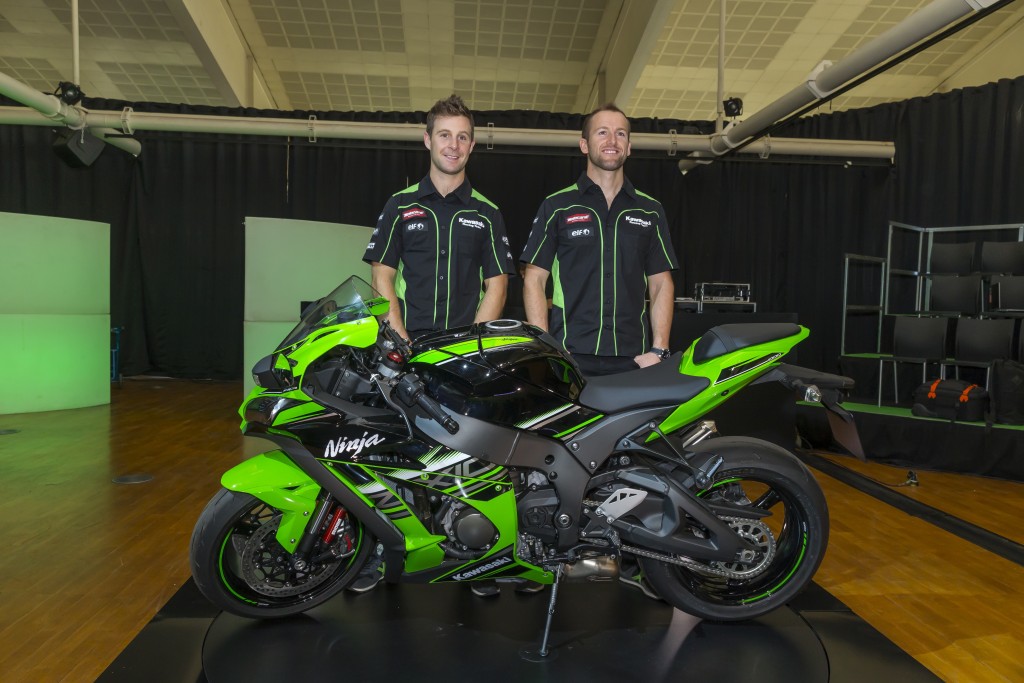 Fresh off the back of winning his first World Superbike Championship, Jonathan Rea will be heading to Motorcycle Live on Saturday 28 November and will be officially unveiling the brand new Ninja ZX-10R on the main Kawasaki stand (Hall 4 Stand 4B20) at 10:30am. He’ll also be interviewed on the Kawasaki stage at 2:30pm by Bike Channel presenter, Suzy Taylor. Fans have the chance to have their questions included in the interview by uploading them to the Kawasaki UK Facebook page. For more information or to get involved visit: www.facebook.com/KawasakiNewsUK

“I love going to the Motorcycle Live show at the NEC. It’s great to meet those who have supported me throughout the season and also see all the new machines from manufacturers. I’m excited to officially unveil the ZX-10R in the UK, I was at the worldwide launch and have had chance to ride the new machine during winter testing too. I can’t wait to get the race season started again!”  said Northern-Irish lad, Jonathan.

Tom Sykes will be heading to the Birmingham NEC on Saturday 5 December for the final Saturday of the show. At 11:30am, there’s the chance to ‘Get Closer’ to Tom as he’s interviewed on the Kawasaki stand. One lucky winner will have an exclusive meet-and-greet too. Log-on to the Kawasaki Facebook and tell them why you should get the chance to meet Tom, win a pair of tickets to the show and a Kawasaki goody bag. He’ll be signing autographs too at 2:30pm on the Kawasaki Race Team stand that afternoon.

“I’m a regular at Motorcycle Live – it always comes round so quickly! We’ve had a fantastic season and secured Kawasaki as the World Manufacturers Champion – it will be great to chat with fans on the stand and see what they think to the new Ninja ZX-10R, a bike myself and my Crew Chief, Marcel, have helped to develop through testing and racing.”, said Tom.

The full range of 2016 machines will be on show on the main stand – including the brand new ZX-10R – and there will be some classics on display, the Kawasaki stand promises visitors a real treat. Throughout the week, there will be exclusive interviews with on-road and off-road Team Green racers and new team announcements for the 2016 season.

In the dedicated arena area, Kawasaki sponsored Stunt Rider extraordinaire, Lee Bowers, will be performing each day – showcasing his range of skilful tricks on on-road and off-road machines. Show times are: Friday – Sunday: 11:45am, 1:30pm and 4:15pm and Monday – Thursday: 12:45pm and 2:45pm.