The all-new 2017 Honda CRF450R and CRF450RX were revealed today at the MXGP of The Netherlands by Honda’s factory riders Evgeny Bobryshev and Gautier Paulin of Team HRC and Honda Gariboldi’s Tim Gajser. 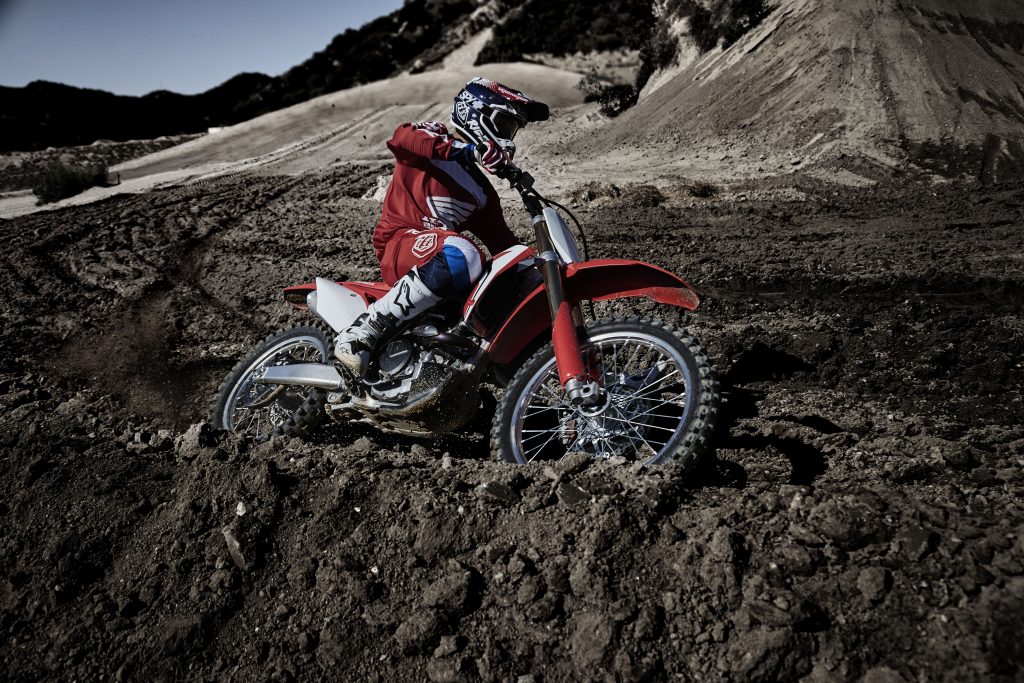 The MXGP paddock was an apposite host for the unveiling, as the factory CRF450RW has dominated the World Championship in 2016 with 17 top-three moto finishes, 15 moto wins and 19 Grand Prix podiums including seven overall victories.

Wearing the #243, Tim Gajser and his CRF450RW carry a 99-point advantage in the World Championship and, with just three Grands Prix remaining, the reigning MX2 World Champion is on the verge of making history.

Much of that learning has gone into the development of the first ‘from the ground up’ redesign of the CRF450R for eight years. The bike features an HRC-inspired engine for an 11 per cent increase in top-end power, new aluminium frame and Showa 49mm forks. It also boasts a titanium fuel tank as standard, totally new plastics for a radical new look and electric start, as standard, for the first time.

In the CRF450RX, Honda also now has a race-ready enduro machine. Based on the CRF450R, the ‘X’ features enduro-spec suspension and switchable engine maps, larger fuel tank, 18in rear wheel, sidestand and electric start as standard. 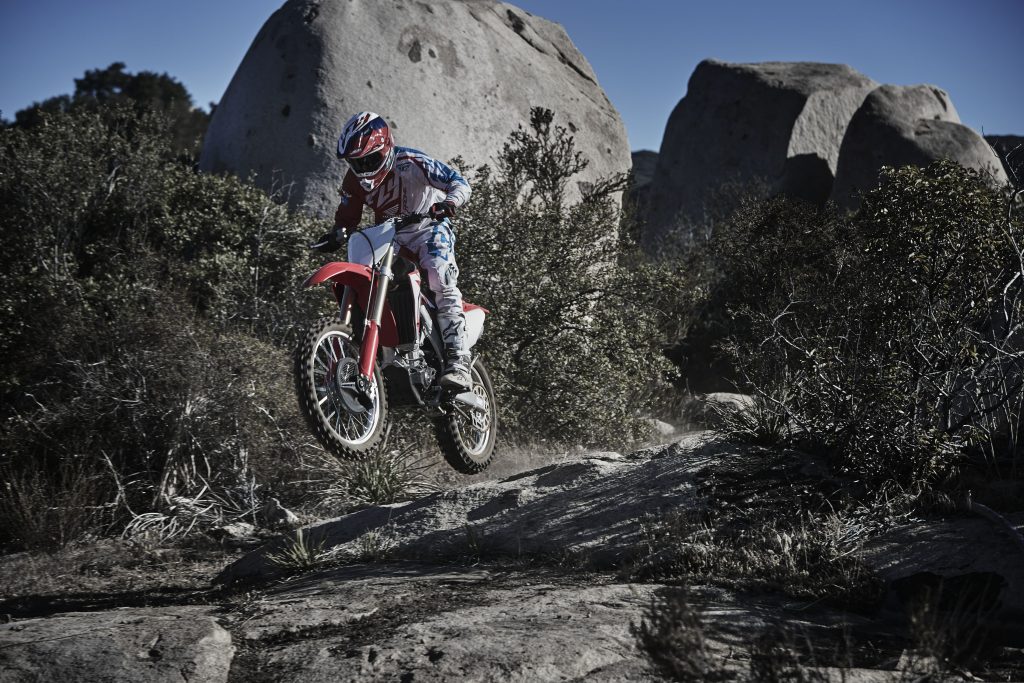 Both the new machines will be on public display throughout this weekend at the Assen track.

“This is a full model change for the CRF450R. Nothing has been overlooked, and we have been relentless in our effort to provide customers with a machine that’s ahead of the pack.

“Our focus has been on producing a machine with exceptional engine performance, outstanding rear wheel traction and a low centre of gravity – to create a 5% improvement in acceleration on the previous model. The phrase underpinning development was ‘Absolute Holeshot’.”

Full 2017 CRF450R & CRF450RX product specifications and images from the MXGP paddock are available to download from: www.hondanews.eu