Motorcycle Live is a huge event held at the National Exhibition centre in Birmingham and I have been excited for a long time to be going.

I travelled up from the south coast on Friday ready to get an early start at the show on Saturday morning and it was an early start. But not only early but a sopping wet start. Luckily I attended the event in a cage (car) and so I was not one of the many bikers that made the journey on two wheels.

I was meeting my good friend and keen biker Richard as he was going to help take photos and help be gather content for you guys to absorb and soak up.

We were quickly in the hall and mooching around and straight away we could see that it was busy and I mean busy. There were people everywhere… it was desperate. 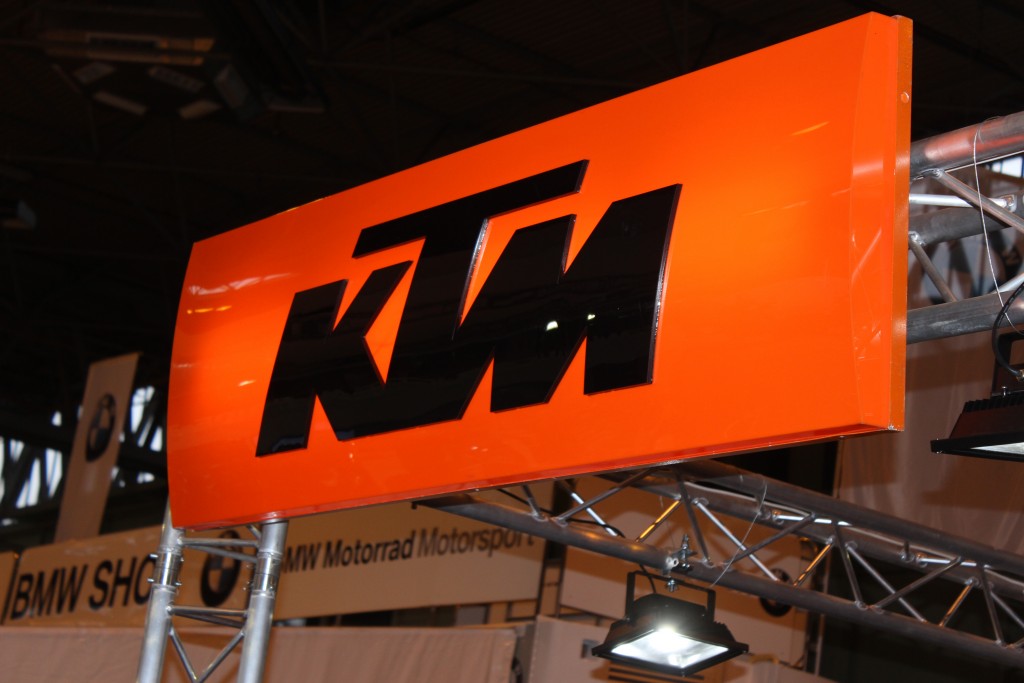 We fought our way through the crowds and tried to hit the halls systematically but that failed and we decided just to do the random walk around and hope we see everything tactic.

It paid off, I “think” we covered all the arenas over the course of the day but the halls were that big that by the time you got back to something you had already seen it was that long ago it was like seeing it all for the first time again. 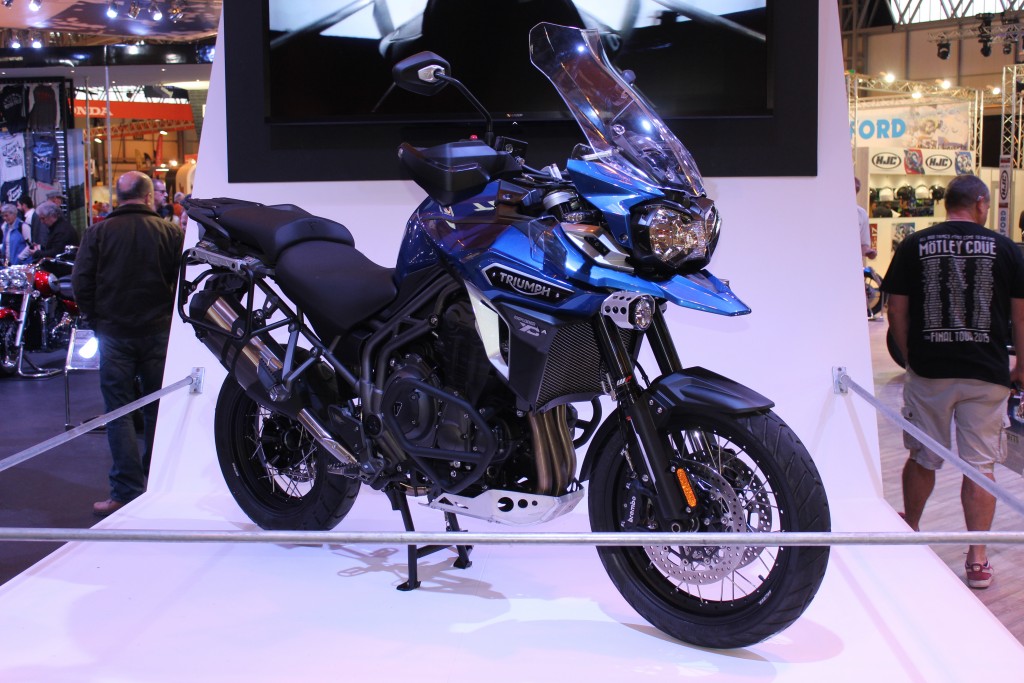 The triumph stand is where I wanted to go first as I was desperate to see the new Triumph Tiger Explorer and that is pretty much where we headed first.

I have to say it looked nice and there were a few changes to the bike that I like and afew things I was not so keen on but I am going to do an in-depth walk around the new Triumph Tiger Explorer very soon so I will save my thoughts till then. 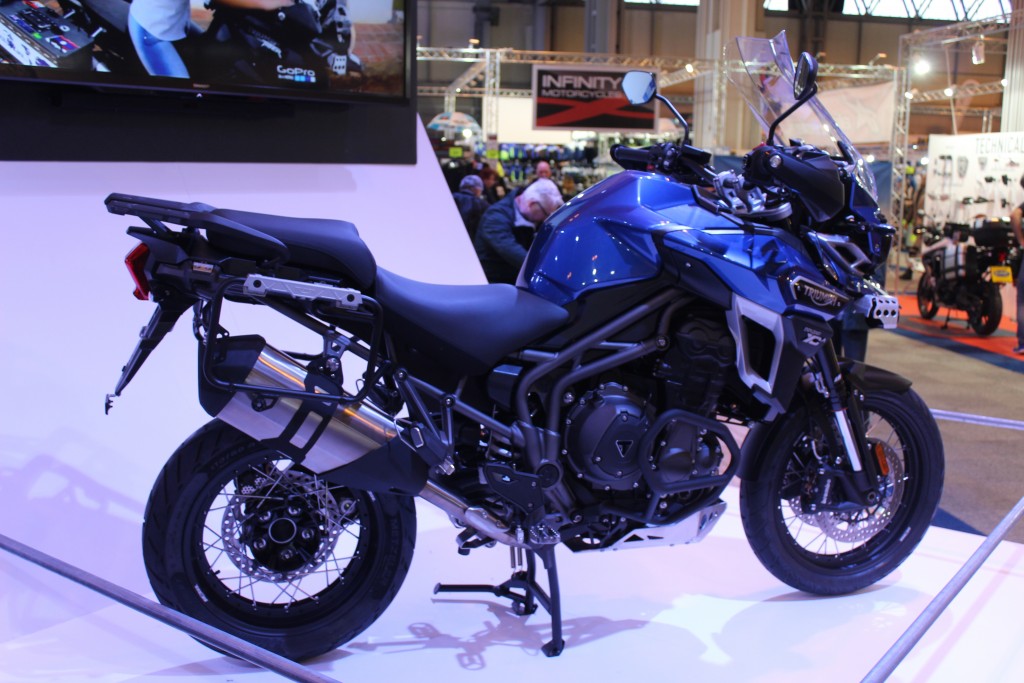 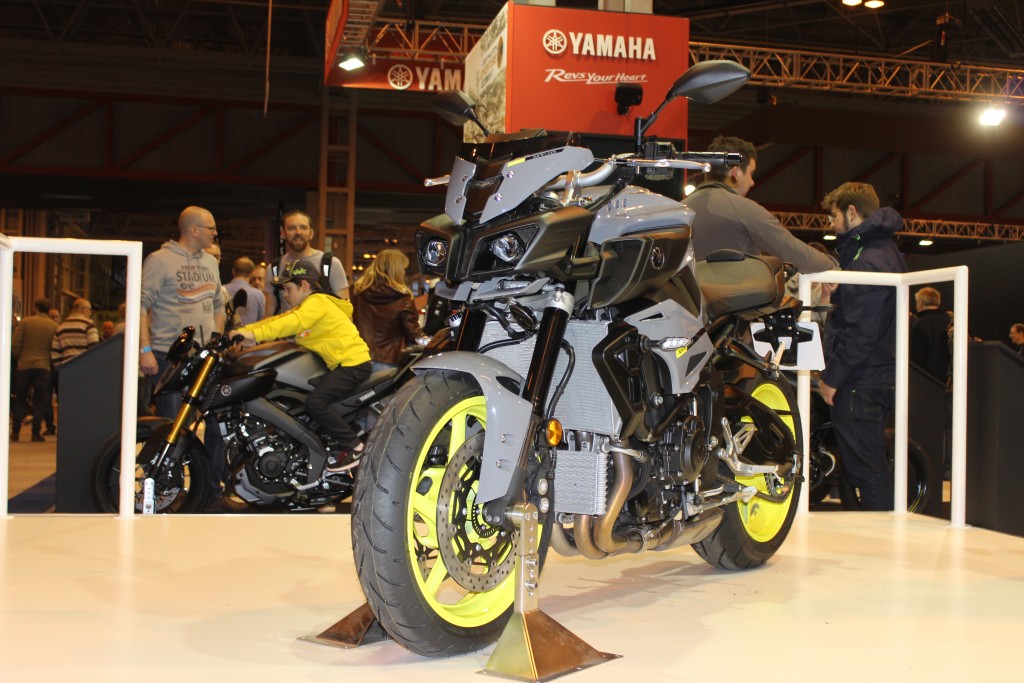 Well, I was a little disappointed at first when I saw it, my heart sunk and from what I could hear others saying they were as well. I can’t put my finger on why I was disappointed, maybe it was the grey colour or the fact that it looked very plastic I am not sure but it is a bike I am going to take for a spin and have a good poke around. 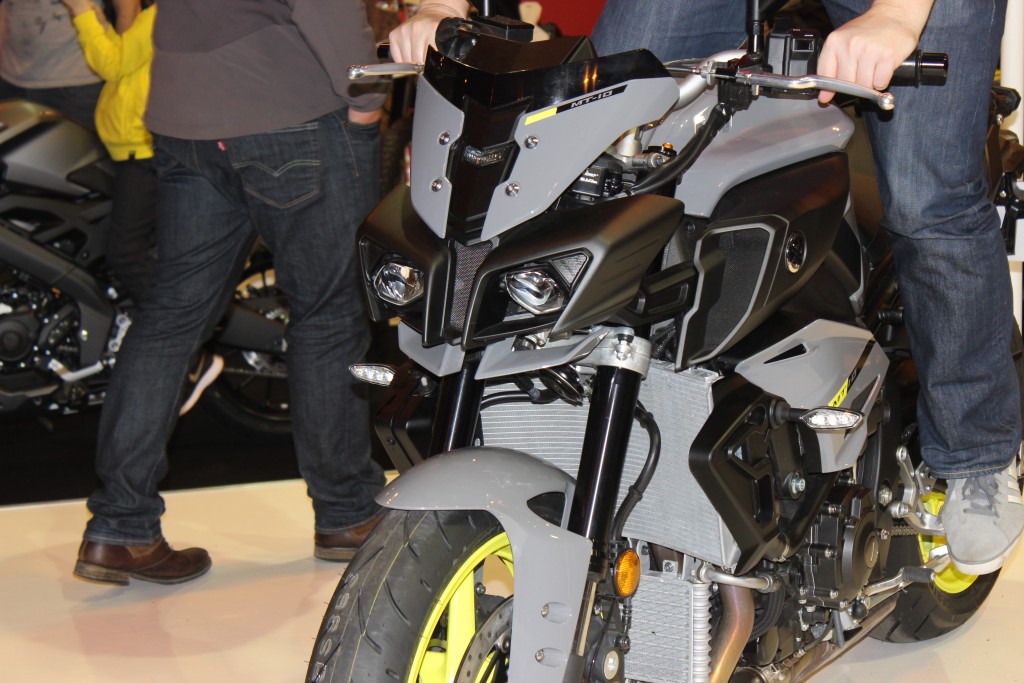 I stopped to have a look at the Offroad riding school which appears to be sponsored by BMW and I was quite impressed with their demonstration. They showed lots of things that riders both on and off the road can apply and in the 20 minute or so demo I learnt a fair amount. So much so I think I may book myself of the course myself. It also opened my eyes up to the BMW tourer as bike and how capable it really is. Sorry Triumph you may have to compete for my custom next year. 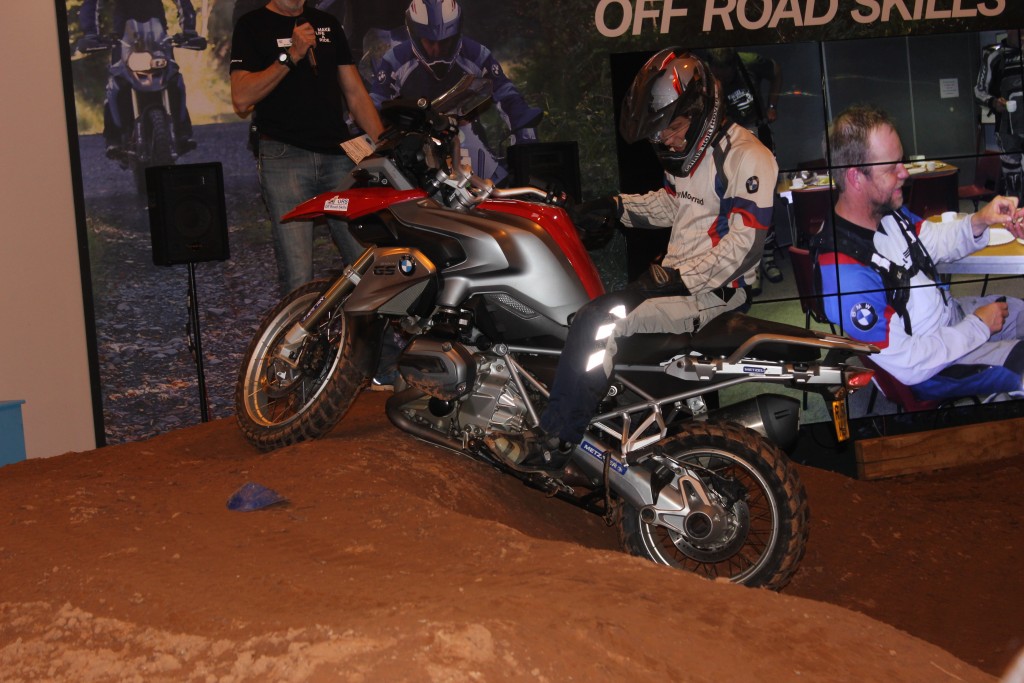 The FMX arena was bonkers and the riders definitely went big for the crowd. We were in a great position in the front and I got a lot of great videos and photos which I will be sharing very soon. Not quite sure about the beatboxing chap in the middle and I could not hear a thing the commentator was saying but it was all fairly self-explanatory. 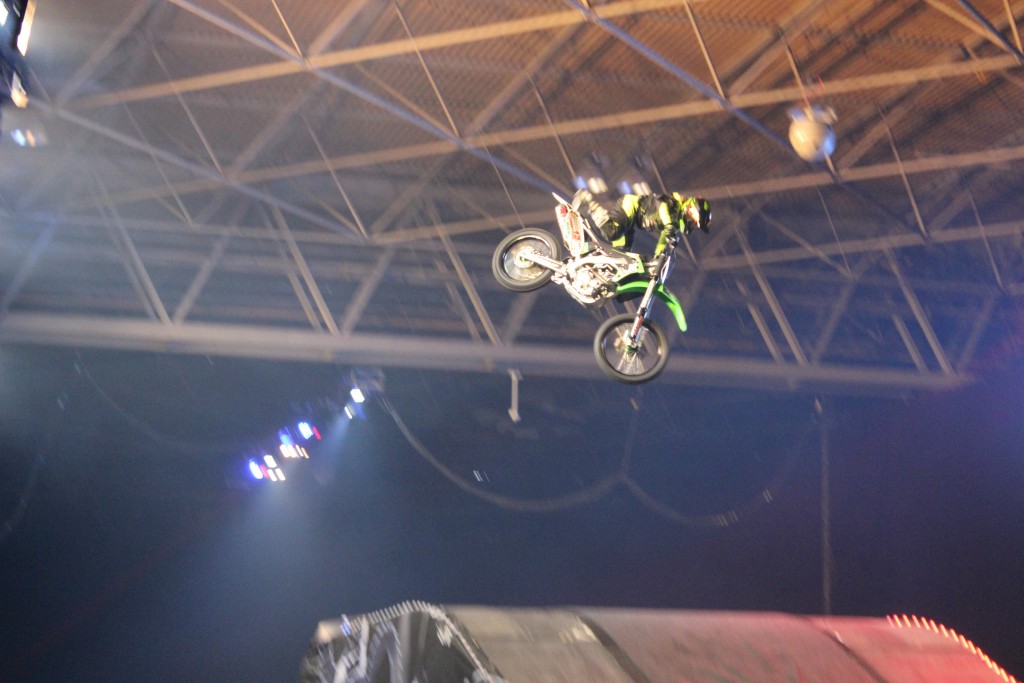 My Top 3 Bikes Of The Show…

So let’s get down to the bikes… that’s what I was here for and I think this list has changed a lot over the last few days and even on my video blogs it changes so this is what it is as I write this. 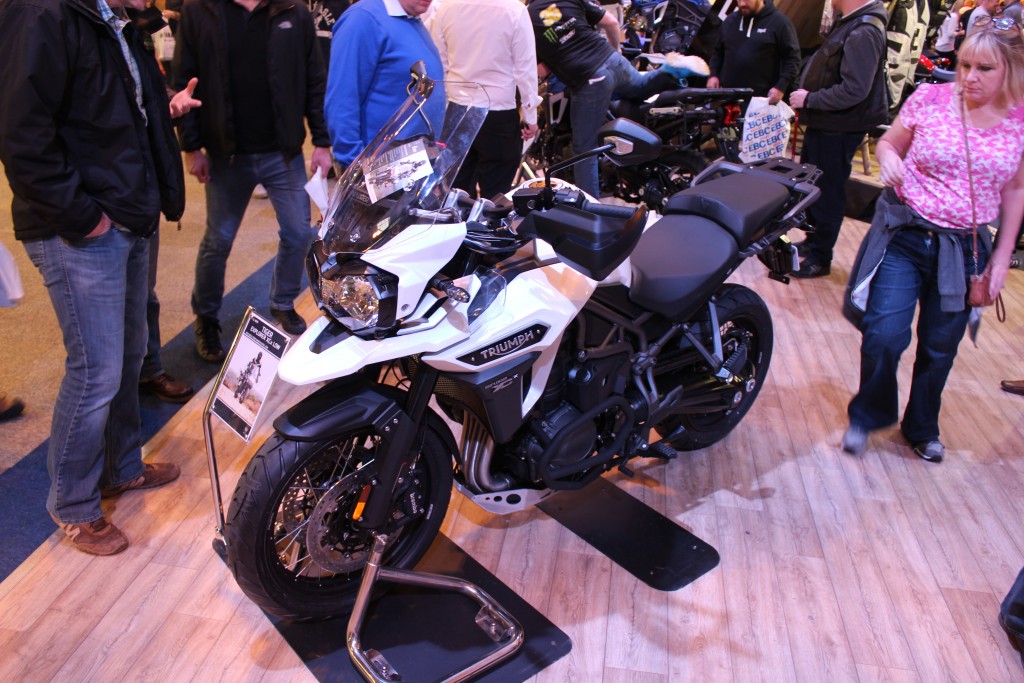 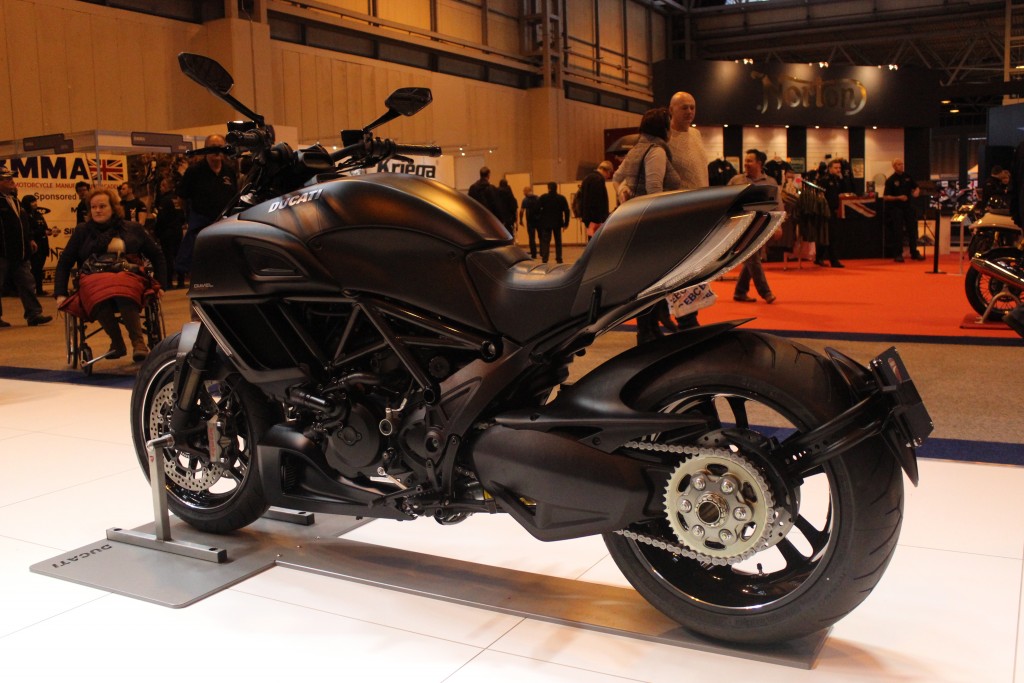 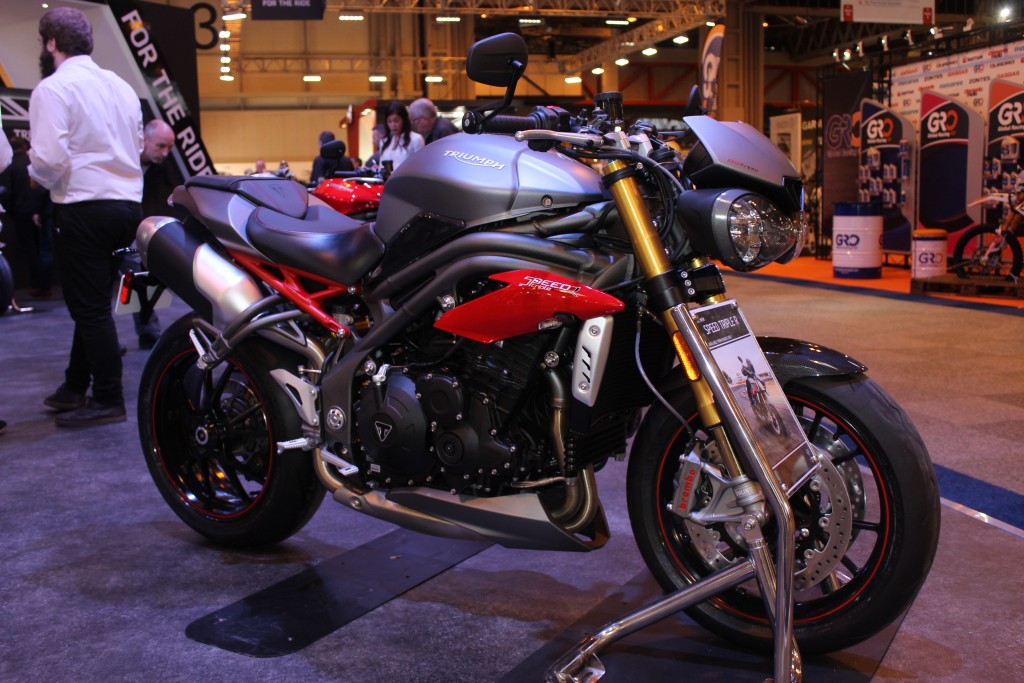 On Monday, I managed to sneak into the show at about 08:30 and this was what I wanted, I had pretty much the whole show to myself and it was brilliant. I could walk around with the camcorder and the camera and get nearly all of the shots I wanted. However, the two hours flew past and before long I was being trampled on by the general public crawling over all the bikes again and after two days of that already I decided to hit the road and head back down south.