The Ducati XDiavel is the best-looking bike of EICMA 2015. As the 73rd edition of the renowned international motorcycle exhibition concludes in Milan, it is the public – attracted in huge numbers to the show at the Milan-Rho international trade fair venue – to declare the XDiavel the winning bike out of all those on display. This was the outcome of the “Vote for the best-looking bike and win it” survey/competition organised by Italian magazine Motociclismo, currently enjoying its tenth year of success. 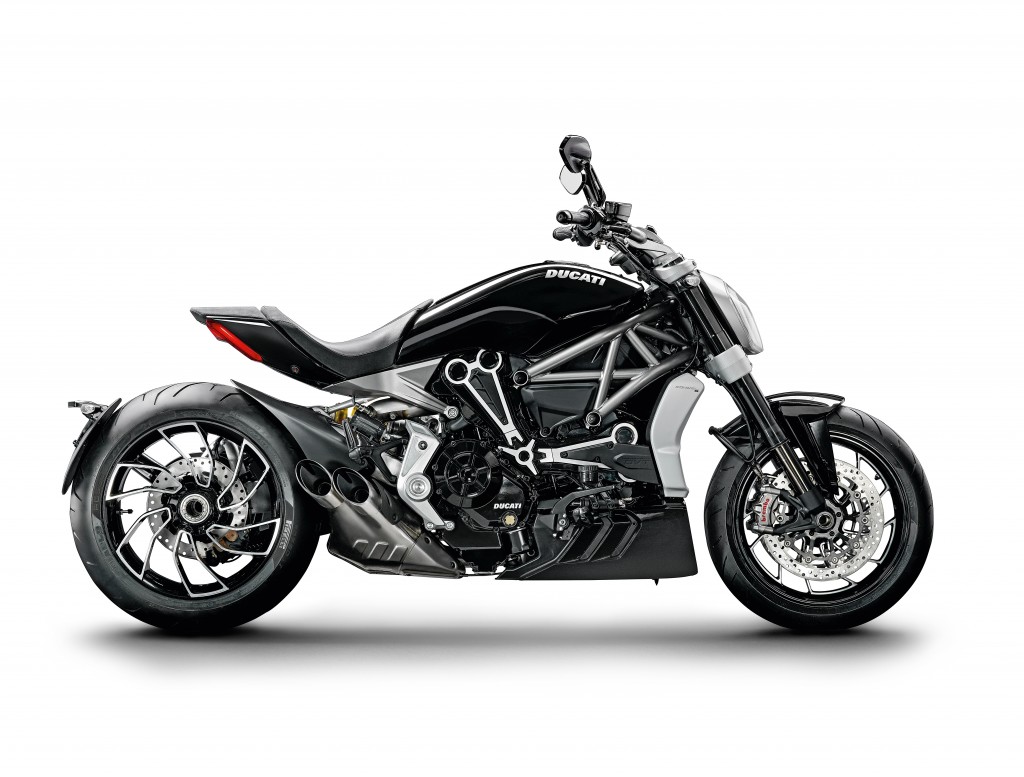 With no less than 6910 enthusiasts deeming it to be the best, the XDiavel received the highest number of votes from both those at EICMA and visitors to the Motociclismo website. The new Ducati cruiser took first place with 60.78% of the votes out of a total of 11,369.

The votes were counted on Sunday 22 November, the last day of the show, at a packed Motociclismo stand, with the count also attended by Pierfrancesco Caliari (General Manager of EICMA), Piero Bacchetti (President and CEO of Edisport Editoriale), Federico Aliverti (Co-Editor in Chief of Motociclismo) and Andrea Ferraresi (Ducati Design Center Director), who received the award on behalf of the Bologna-based bike manufacturer.

The “Best-looking Bike in Show” award ceremony brought the curtain down on an intense week of exhibiting and events, at a show that saw an increased number of visitors with respect to the 2014 edition (628,000 visitors), confirming the positive signs of recovery now being seen in the motorcycle industry. 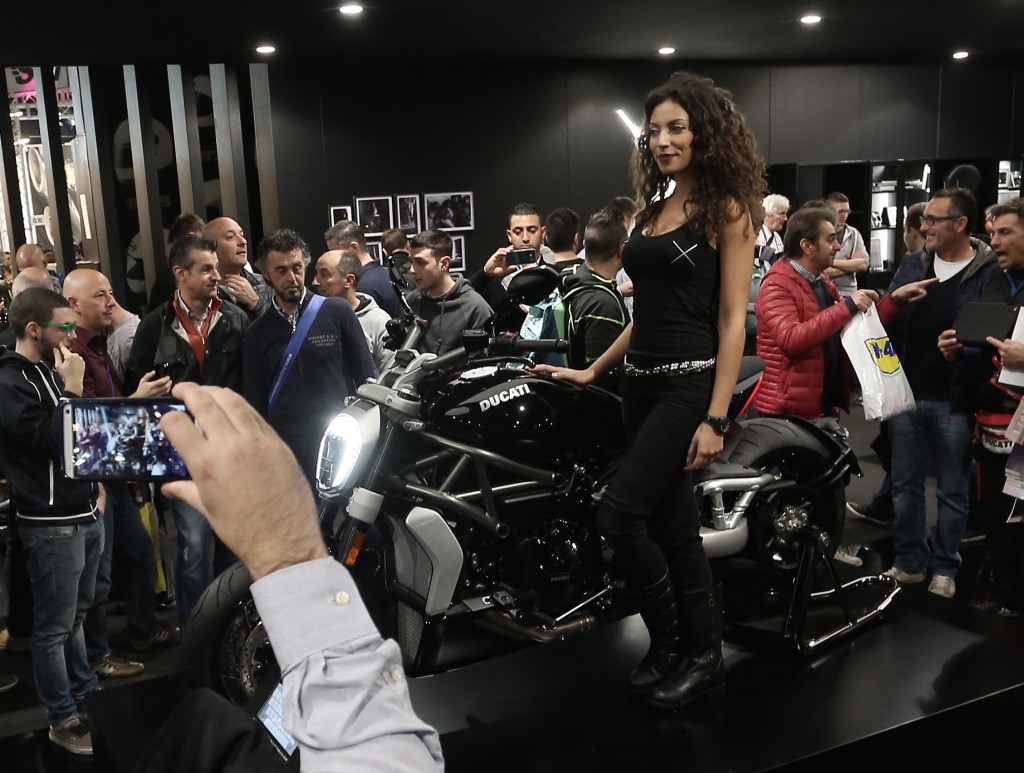 Right from day one the public flocked to the Ducati stand, especially the “total black” area dedicated to the awesome new XDiavel and its range of accessories and apparel. With this fascinating new bike, Ducati enters the cruiser domain and does so in its own inimitable way, presenting a true cruiser but with all the design, technology and performance one expects from a Ducati thoroughbred. The XDiavel offers both the ‘low speed excitement’ that comes from the relaxed riding and forward-positioned footpegs typical of a cruiser and the adrenaline rush of sports riding that Ducati has made its own. This is what the X in XDiavel stands for: the merging of two apparently separate, distant worlds on one bike, a superb combination where both are accomplished without compromise.

5000, 60, 40. Three numbers that sum up the XDiavel concept. 5000, as in the rpm at which the new twin-cylinder 156 hp Ducati Testastretta DVT 1262 engine achieves maximum torque (13.1 kgm). 60, as in the number of different ergonomic configurations for the rider. Lastly, 40, as in the maximum attainable lean angle. The XDiavel is the first Ducati to use belt-type final transmission, a must within the Cruiser world. The Bosch Inertial Measurement Unit (IMU), together with Ducati Traction Control (DTC), Riding Modes, Bosch ABS Cornering, Cruise Control and the innovative Ducati Power Launch (DPL) system make the XDiavel a technological gem offering high performance and safety. An S version of the XDiavel is also available. 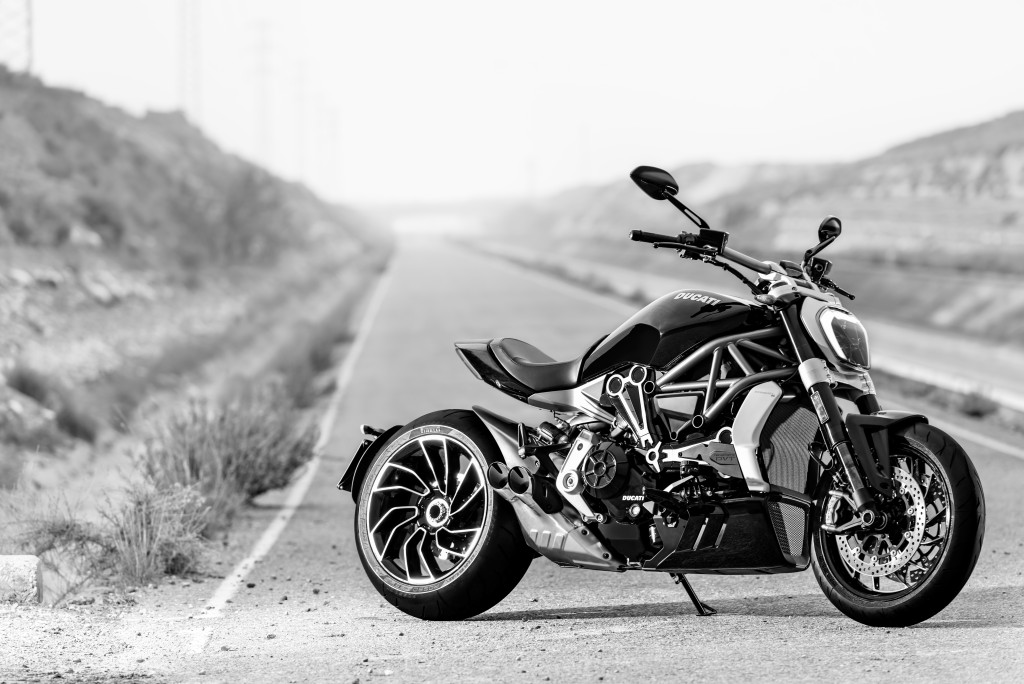 Ducati presented a total of eight new bikes at the Milan exhibition, of which no less than seven were brand new models, namely the two Ducati Scramblers (the Flat Track Pro version and all-new Sixty2), the new Hypermotard 939, Hypermotard 939 SP and Hyperstrada 939 family, the new Panigale 959, the Multistrada 1200 Pikes Peak, the brand new Multistrada 1200 Enduro and the eagerly awaited XDiavel. Last but not least, the 2016 new bike range was completed with the Monster 1200 R, previewed in September at IAA 2015 in Frankfurt.

The XDiavel press kit is available at Ducatipress.com/presskits, as well as all press kits for the new 2016 bikes presented by Ducati at EICMA 2015.