We woke up, and it was raining cats and dogs and looking at the weather forecast it was not looking good, we were going to get wet today. As you can imagine we could not wait to jump on our sodden bikes and wait for the inevitable. 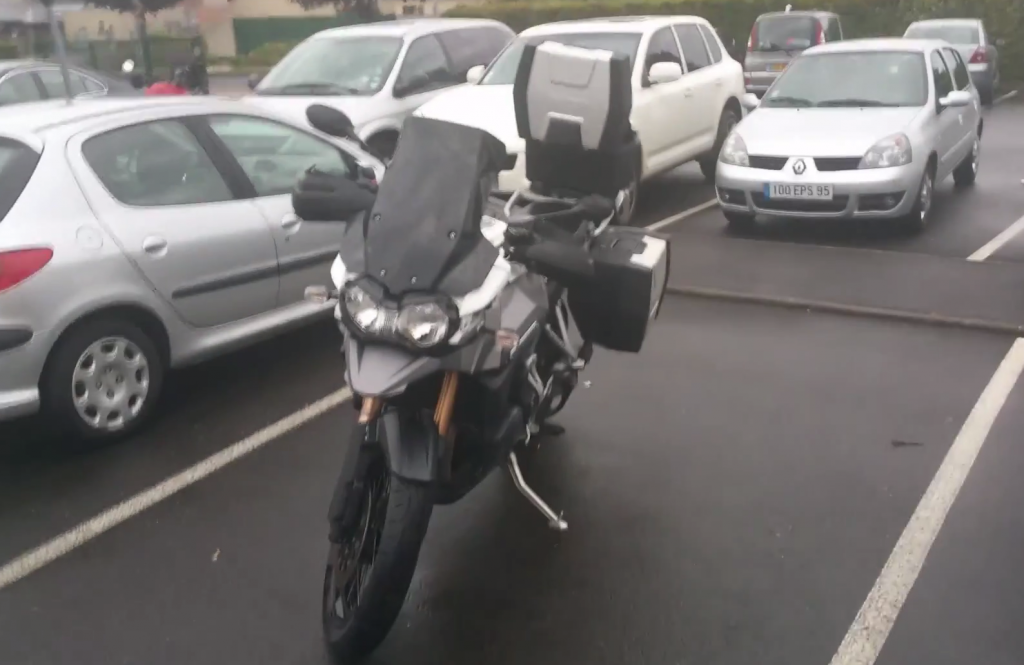 Today we were heading to Castelnaudry, which was about 500km’s from Orleans.

The bikes were loaded up, and we started our journey on roads that were like ice, and I am surprised none of us came off. Nobody likes dropping a bike, and none of us wanted to be the first to do it on the trip as you would not ever live it down so we were all taking extra-special care on these roads. It did, however, ensure we did not pick up any speeding fines as we gingerly crept through the town in the hunt for a main road with some grip. 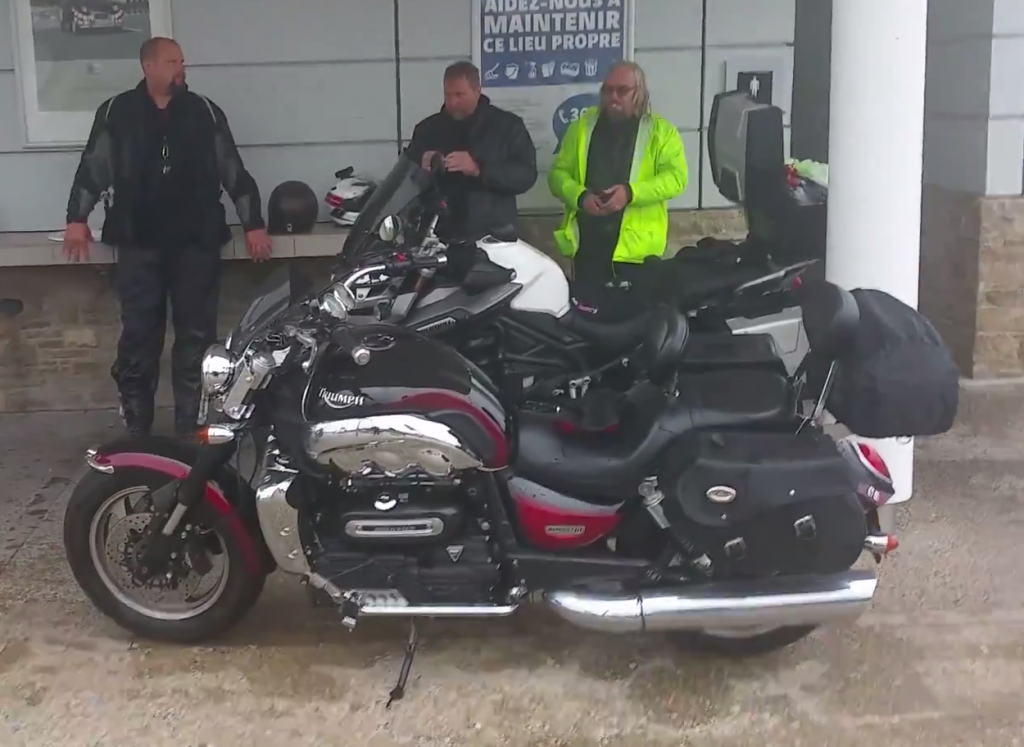 I did not bother turning the head cam on today, there was no point what so ever it was horrible. However, as I am writing this, I do regret not getting any footage from this day as no one believes us how much it did rain as it was relentless.

Everyone got soaked and I mean soaked, they were all kitted out for warm weather. Depressed Pete had some bike boots made of mesh and Ian was just in canvas trainers so you know how that goes. Twiz had a 20-year-old jacket that he hoped was waterproof. As you can guess it was not going to end well.

By the evening, my gloves were soaking and the toll roads were getting harder to do because the tickets were getting wet and numerous times we just had to ring the bell and get someone to help us, which pleased the queues of traffic behind us.

We got to our hotel, and thankfully they had a drying room, and the bikes were in a massive garage, and so we could leave them there to dry over night while we drowned out a wet day.

Oh, you may have clicked that I have not said I was soaked, and that was because I wasn’t. My covec jeans were dry as I had put on some over trousers, and my feet were dry because the over trousers stopped the water running into the boots. My new jacket was wet, but I wasn’t and that is all that matters.

I did have a smug look on my face but at no point was I uncomfortable on the journey and at no point, did I mention this to my fellow bikers… (yeah right… Like I was going to not point that out)

We are about 1000km’s into the journey, and my arse is not complaining, I have not had the need to stand up while riding to stretch. The Airhawk seat is proving to be a wise investment for sure. It is damn incredible considering the mileage I have been doing, even a two-hour journey in England, I would start feeling it. I did have to tweak the air a bit and the positioning, but that was to be expected but so far so good.

My complicated diet requirements meant we had to look a bit for a decent restaurant, and Castelnaudry is famous for its Cassoulets but I could not risk that so I went out on the hunt for something proper to eat.

I found a cracking restaurant, we ate like kings and drank like peasants it was brilliant, and after the previous nights salad I was more than happy to be chewing through half a cow and some thick deep fried potatoes.

However, we had to have the discussion of “what if” the weather is like that tomorrow, would we be skipping the N270 and missing out the Pyrenees??? I was trying desperately to hide my disappointment at the thought of this, I was waiting for this part of the journey for the last year, and I would be devastated to miss it.

I decided to brave the situation and have a quick look on the BBC Weather app, and we were in for a huge shock.

The weather was going to be great!!!

We drank, we ate, and we slept all in preparation for the following day of twists and turns through the mountains.