The BMW R1200 GS Adventure was the motorcycle that I most feared when I initially bought my Triumph Tiger Explorer 1200. The BMW R1200 GS is the godfather of adventure bikes, and the Triumph Tiger is relatively new to the adventure scene. But, being such a massive Triumph fan, I did not even bother to jump on the BMW before I handed my money over to Triumph.

I arrived at Chandlers in Brighton, excited to finally get my leg over the big BMW despite also feeling a shiver of nervousness – it is a big intimidating bike in the flesh – especially the width of it – what with those big boxer pistons hanging out the side like the shoulders of an angry pit bull terrier. 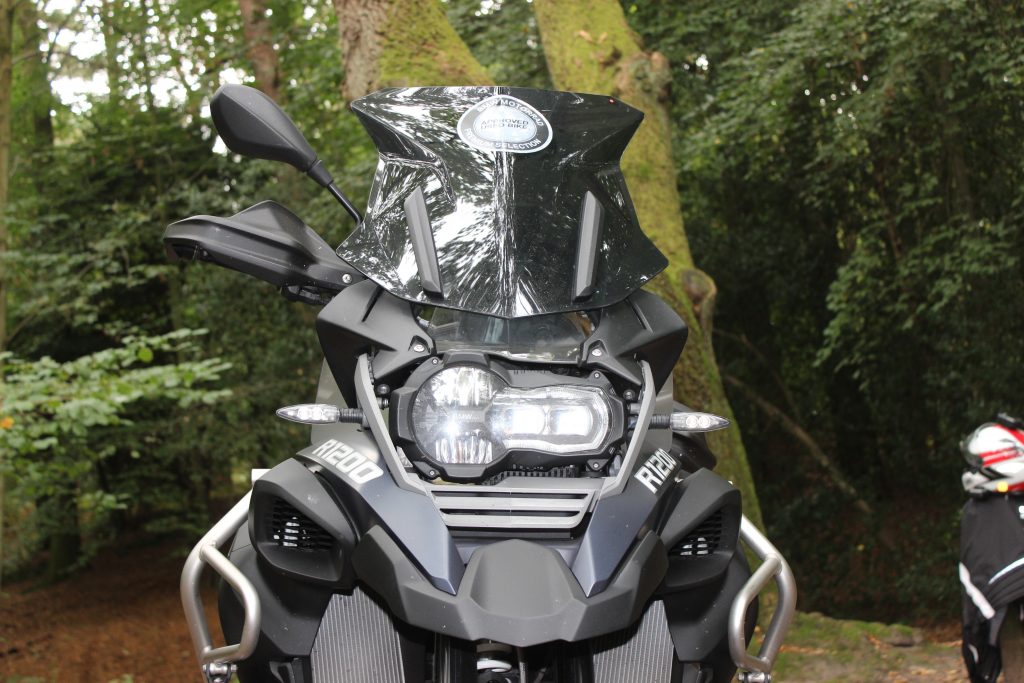 I swung my leg over the seat to find I was sat comfortably and at ease with the supremely commanding riding position that afforded an excellent view on the road, and I roared off as smooth as silk.

The first issue I had was that I could not see the speedo on the dash – well, I could see it but I could not see it at a glance. This was frustrating especially as the roads back to my home turf are littered with speed cameras and 90% of the time I had no idea what speed I was doing.

With the speedo annoying me the rest of the dash really did start to bug me, and it felt like I was jumping on a bike from yesteryear; it really felt like I was going back in time. I did manage to find a way of displaying the speed digitally which helped a lot, but still kind of pointless having an analog display on the dash for speed. 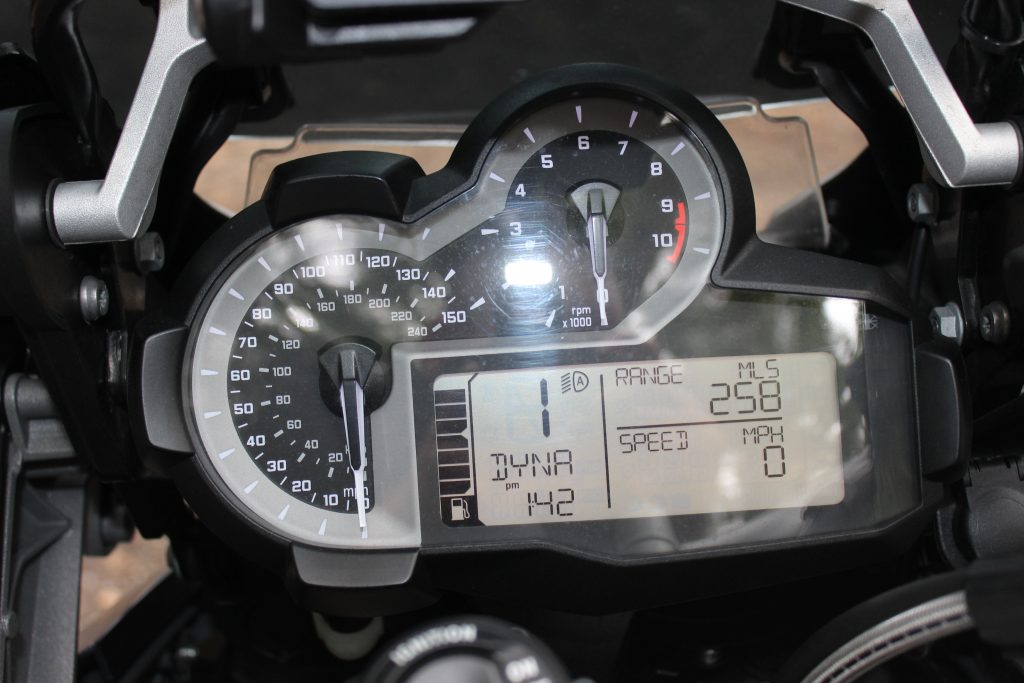 The BMW R1200 GS Adventure was agile and responsive in traffic and although it is quite a wide bike its not so wide that you cant filter, and you feel exceptionally well protected hidden behind the shoulders and crash bars of this monster.

With the bike being quite a big lump of machinery you would think that it would be quite heavy and at a wet weight of 256KGs it weighs less than the old Tiger did  and because of the low-slung boxer engine the weight is right where it needs to be and this makes the BMW R1200 GS Adventure exceptionally easy to manoeuvre.

I had to do a turn in the road and without thinking I spun the BMW around – it was effortless. Other bikes can make doing such a manoeuvre a bit of a chore.

The constant Lack of Power

There were a few times throughout my test ride that I hit the rev limiter, and I found myself some times trying to “GEE” up the bike to try and get a bit more power. I found it frustrating and it made the ride dull and unexciting. I want it to be powerful, with torque coming out of my ears, but it really does let itself down on this front.

If I am going on a bike tour, then the bike has to get me to the destination comfortably, but when I get to some twists and turns I want some power to really get stuck into the bends and enjoy them. I think I would have been gutted if I had taken the BMW R1200 GS Adventure to the Stelvio pass earlier this year as I would have been bored and to be honest, I would have preferred to have taken the car instead and have the comfort and the ability to have a bit of fun when I get there. 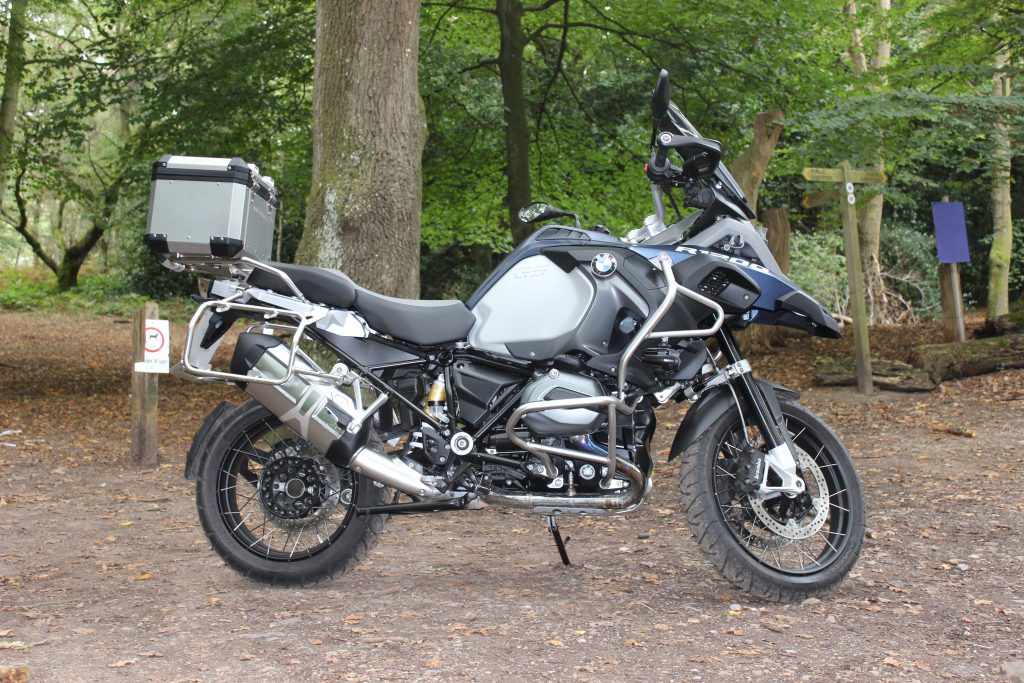 The riding position for me was not comfortable, and even though the seat is quite high the foot pegs are not in the right place, and within 20 minutes or so I could really start to feel my legs ache and an hour later I was pleased to get off. This in my opinion does not bode well for a bike that you would want to be doing 500 miles a day plus on and would want it to be done in some relative comfort.

All the “features” that are extras to the BMW R1200 GS Adventure should be a standard thing, especially for a bike that is meant to be able to tackle the toughest terrain. Things like cruise control and heated grips and hill assist all seem a little high tech for most people but for a bike that is going to be hitting big miles these are all the features that make that journey a lot easier on the rider. If the likes of the MT10 can have cruise control then for a big adventure touring bike it should be a no-brainer. 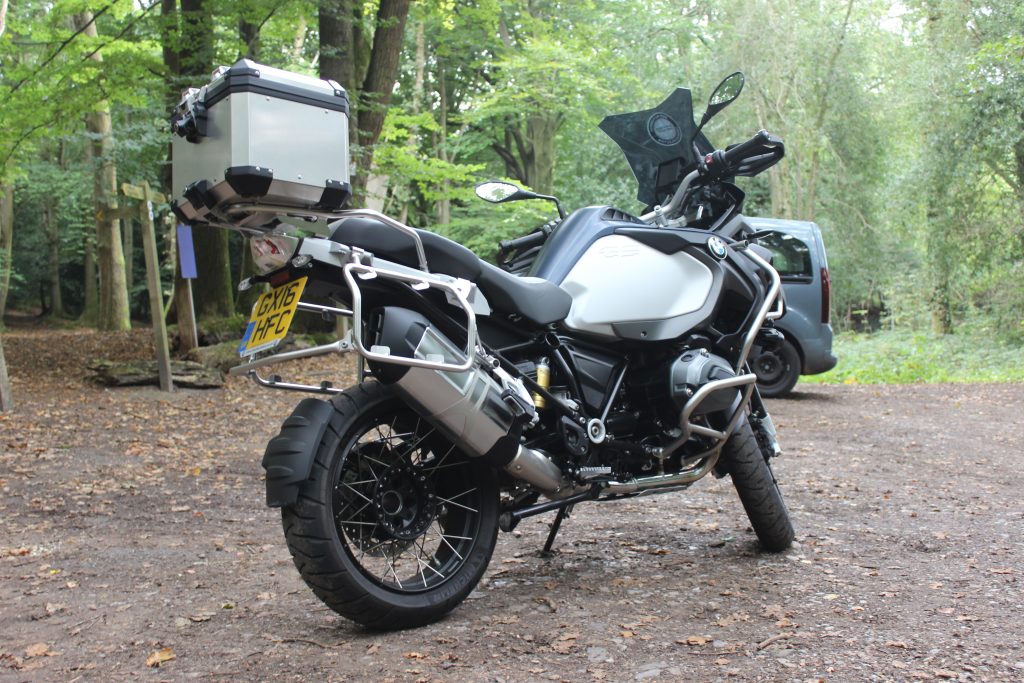 I loved the styling and the rugged look of the BMW R1200 GS Adventure and the build quality did look exceptional, all the way down to the tig welding on the stainless steel pannier carriers.

I am a BMW  fan, I drive a stunning BMW Z4 Coupe, and I have always been impressed by the build quality of the German manufacturer. However when the seat is in the high position, the gaps around the seat and the fuel tank just look terrible and would annoy me – and then there is the BMW way of making you buy stuff you dont want, like the sat nav.

When you buy a BMW R1200 GS Adventure it comes with a sat nav mount already installed and ready to use, but to actually buy the sat nav I was told it was around £600. I said well I hate garmin so I would just use my TomTom Rider. I was then told that you needed the one that BMW supply as it works as an extra screen. So you are pretty much tricked or forced into spending £600 on a damn Garmin. 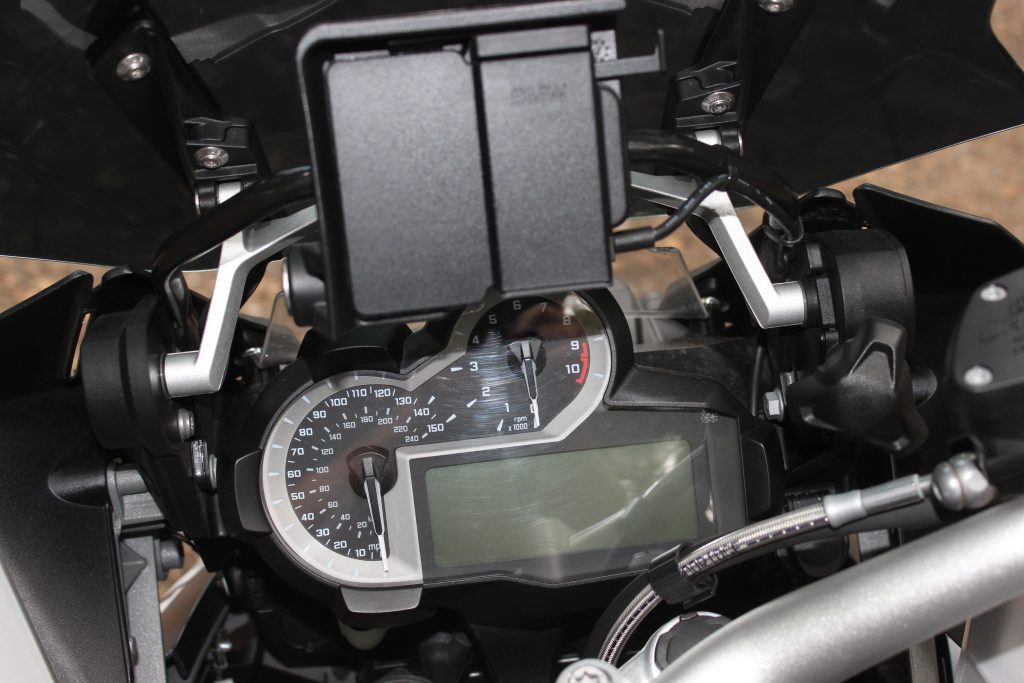 The other thing is that to have the BMW R1200 GS Adventure specced out to something worth having i.e., heated grips and cruise control you are fast approaching £17K  – and that does not include a pannier system. You are pretty much kissing good bye to £20K – a lot to stomach given the lack of performance.

How Did The BMW R1200 GS Adventure handle?

Although the BMW R1200 GS Adventure handled the potholes of the UK great it did feel a bit wallowy through the bends and even having it tipped right over the riding experience was fairly dull. 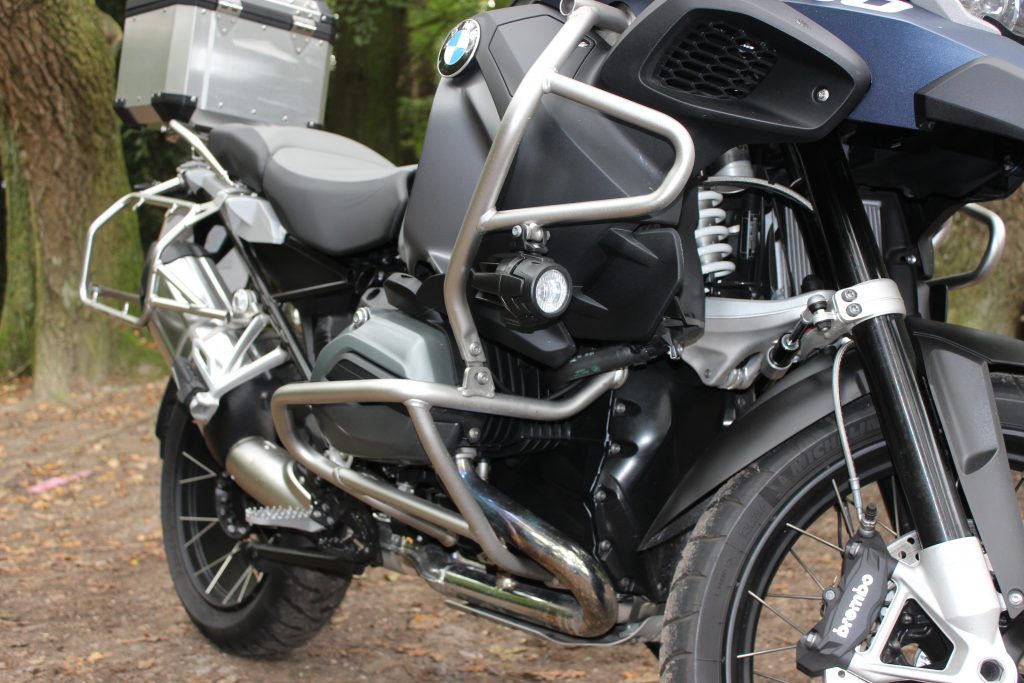 I was riding the BMW R1200 GS Adventure solely in Dynamic mode as this was the only mode that felt spritely and it was way better than the standard mode, but a number of times through some good bends the bike felt unsettled and squirmy and made my arse twitch a few times.