Cologne (Germany), 30 September 2014 – At the end of the first day of Intermot 2014 – the International Motorcycle Fair being held in Cologne (Germany) from 30 September to 6 October – Ducati finally unveiled one of the most eagerly awaited new bikes to go on show there; the Ducati Scrambler brand immediately became the focus of media and public attention, and the undisputed star of this key German fair. 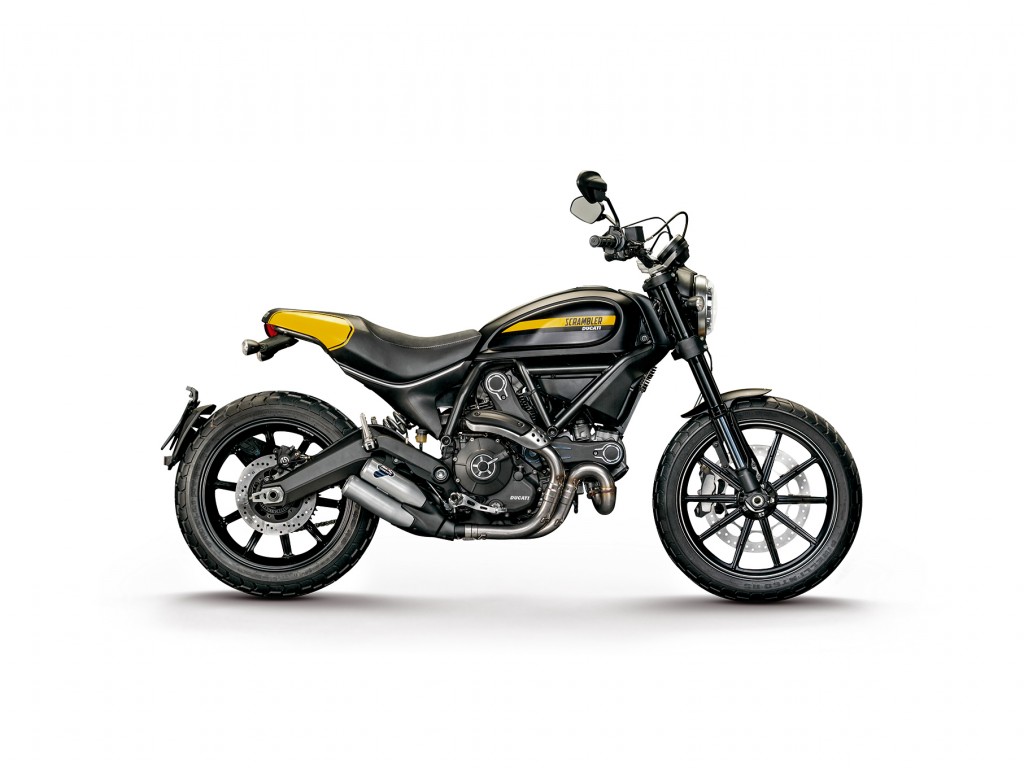 Re-proposing the yellow containers that characterised the original, highly creative launch phase, Ducati set up a Ducati Scrambler brand-dedicated space in the exhibition area of its Intermot 2014 stand. This symbolic opening-up of a “new world” at the end of the press-dedicated day involved both public and media in an original presentation that was fully in keeping with the language and style of this exciting new concept.

“This year Intermot is especially meaningful for Ducati”,stated Claudio Domenicali, CEO of Ducati Motor Holding, during the press conference. “Ducati continues to grow steadily as it has done for several years now. The last 12 months confirm this positive trend with a growth over 5% compared to the previous ones, a new sales record. I’m also particularly proud to be celebrating, here at Intermot, Ducati’s historic win in the German Superbike Championship where the performance of the 1199 Panigale R has allowed us to take both the Constructors and Riders title – thanks to the prowess of Xavi Fores and Max Neukirchner.” 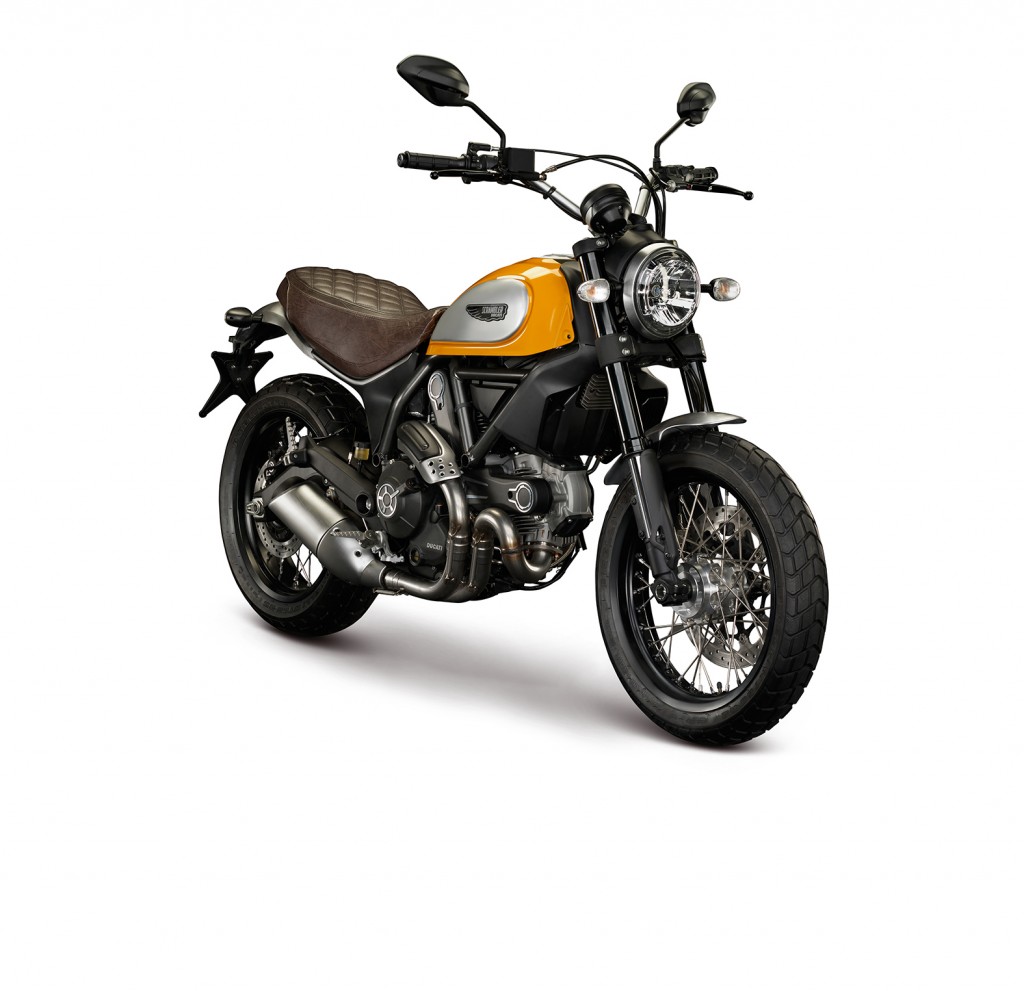 “Presenting the new Ducati Scrambler brand means for us opening the doors to an entirely new, fascinating, and absolutely contemporary world”, said Cristiano Silei, Vice President of Sales and Marketing at Ducati Motor Holding, during the unveiling of the new bikes. “We have reinterpreted an iconic motorcycle, part of our history for more than 50 years, in a fully modern way, designing and building the Ducati Scrambler as if we’d never stopped making it. The four bikes of the Ducati Scrambler family represent starting points on a path to personalisation that will make every single Ducati Scrambler a unique, free-spirited bike as individual as the person riding it.”

The waiting is finally over. The Ducati Scrambler is finally out of the yellow container that has so jealously guarded it over the last few months and is now – after the previews granted to employees and Ducatisti at World Ducati Week 2014 – officially ready. This is more than just a new bike: it’s a whole new world, one that expresses itself via a range of options and versions that provide a starting point for satisfying the different needs and wants of individual motorcyclists. 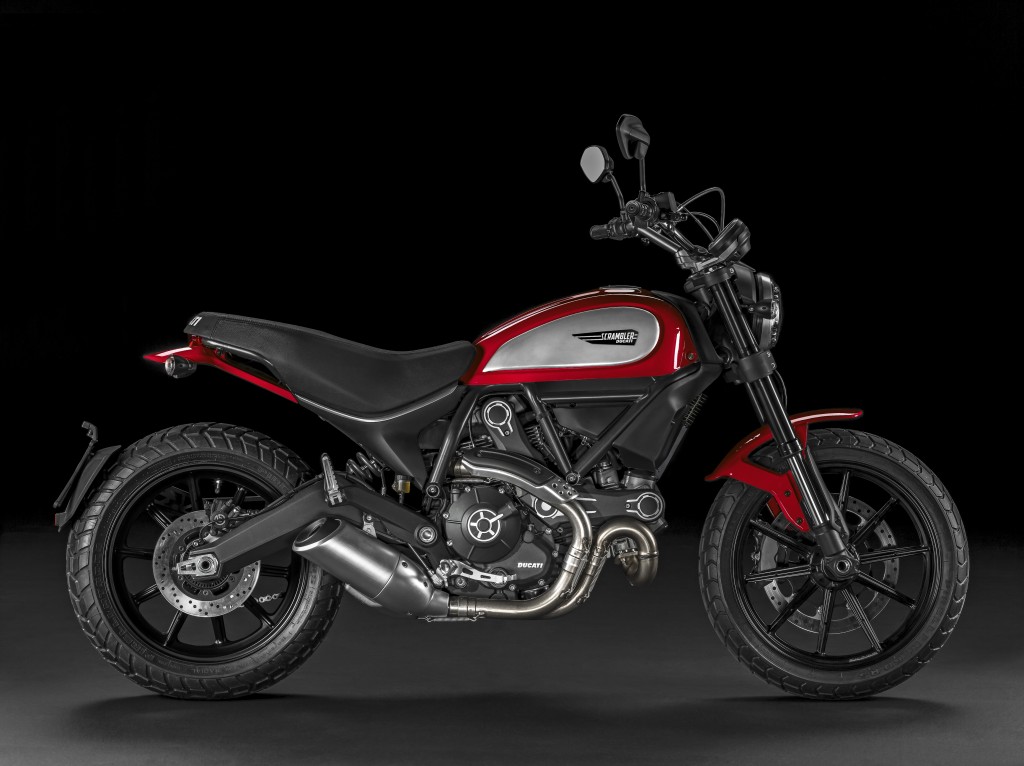 The Ducati Scrambler is a contemporary bike that expresses the pure essence of motorcycling. Tried and tested materials such as the aluminium of the rear swingarm and engine covers and the steel of the teardrop tank and frame are combined with new-generation components such as front and rear LED lighting and LCD instruments.

Wide handlebars and a long seat provide a comfortable, relaxed riding position and, together with the low weight, low centre of gravity and slightly knobby tyres, ensure pure riding fun whatever the situation.

“Post-heritage” design gives a contemporary take on the iconic bike built by Ducati back in the 60s and 70s. This Ducati Scrambler, though, is no retro bike: it is, rather, intended to be just how the legendaryBologna-built motorcycle would be today if Ducati had never stopped building it. 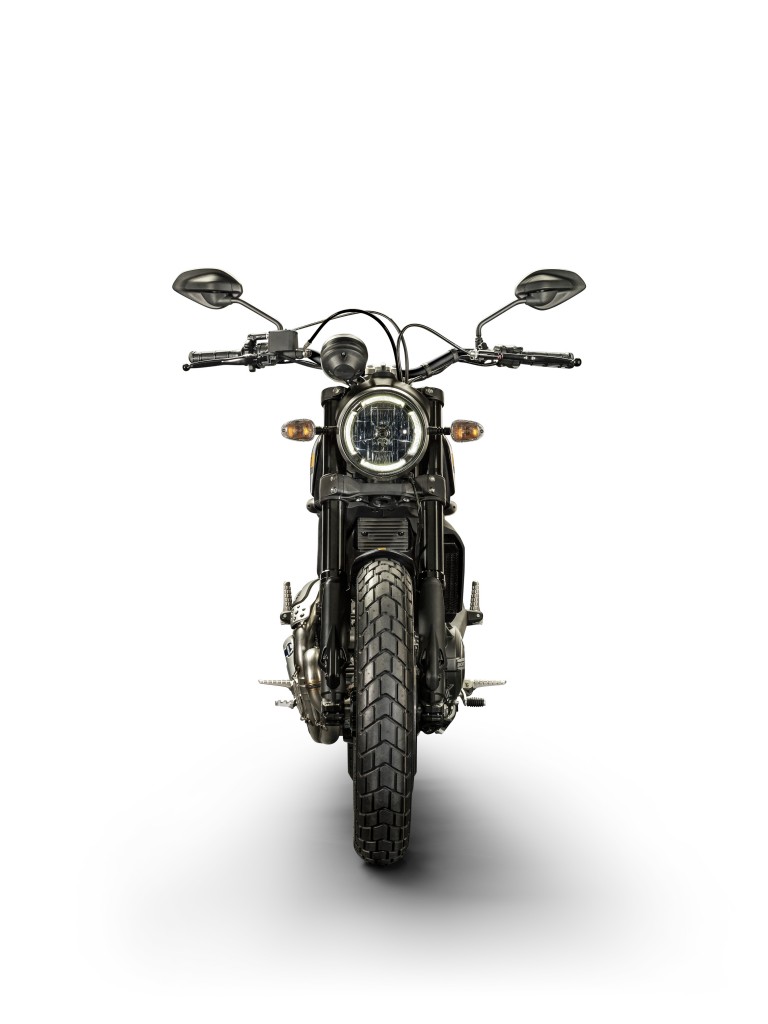 The Icon version, in yellow and red, is joined by three others – Urban Enduro, Full Throttle and Classic – each offering its own style and performance-related interpretation of the Scrambler spirit. The Urban Enduro, with its “Wild Green” paintjob, is for enduro style enthusiasts and ready to switch from city streets to country backroads in an instant. The Full Throttle is for riders enthralled by the flat-track racing world who have a penchant for pushing things to the limit. And the Classic is for devotees to details and a 1970s look who want the uncompromising riding pleasure and comfort of a modern-day bike.

The headlamp, together with the tank, forms a key part of the Ducati Scrambler look. Rounded, classically designed yet extremely modern (i.e. post-heritage) it features a glass parabola and an ultra-modern LED light guide around the rim that acts as a side light.

Seat and tank have been carefully designed to give the Ducati Scrambler appealing proportions. A compact bike, the Ducati Scrambler instils confidence from the very moment you set eyes on it. It’s been sized to make it accessible to all motorcyclists while the long seat maximises comfort and can also accommodate a passenger comfortably.

An oil and air-cooled L-twin two-valve 803 cc engine powers the Ducati Scrambler; it has an 88 mm bore, a 66 mm stroke and has been redesigned to give smooth acceleration throughout the rev range.

Moreover, thanks to a vast range of apparel and bike accessories, to be presented in November, the Ducati Scrambler offers a virtually unlimited range of exclusive personalisation and lifestyle options.

The Ducati Scrambler will be in Ducati Dealerships starting form the end of January 2015 and the first of the four versions to become available will be the Icon.